Eric Church On The Influence of Ray Wylie Hubbard 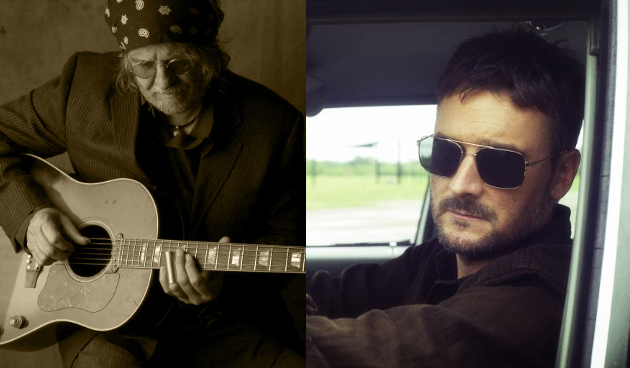 Whatever you want to call him, “The Forgotten Outlaw,” “The Dead Thumb King,” “Wylie Lama,” or a host of other nicknames he’s amassed over his many years as a music troubadour, Ray Wylie Hubbard has been going through an elongated career resurgence that most 72-year-old performers could only dream of. It may not be Johnny Cash and the American Recordings-era caliber exactly, but it’s pretty damn big, including playing the Grand Ole Opry for the first time recently, and Eric Church cutting the title track of his latest record Desperate Man as a co-write with Hubbard in 2018, after name dropping him in the title track of his previous record Mr. Misunderstood in 2015—opening up Ray Wylie Hubbard to an entirely new audience and generation of music fans.

The accolades and appreciation by Ray Wylie Hubbard’s peers continues to flow in, and that includes both a new album, and a new book compiling tributes to the Soper, Oklahoma native who made his way scrounging as a Texas songwriter for many years, and is now seeing all those hard dues pay off in spades. Called The Messenger, the project includes a tribute album released by Eight 30 Records and features 18 covers of Ray Wylie classics from artists such as James McMurtry, Ray Benson, Radney Foster, Bobby Bare, Slaid Cleaves, Rodney Crowell, and Scott H. Biram.

The 250-page book features an even more expansive list of contributors, with over 70 tributes and recollections from a who’s who of Texas music personalities and beyond compiled by Texas journalist Brian T. Atkinson, with forewords by Jerry Jeff Walker and Hayes Carll. From Chris Knight to Randy Rogers, to Ronnie Dunn and Jamie Lin Wilson, they all speak to the influence Ray Wylie Hubbard has had on their music.

Of all the relationships Ray Wylie Hubbard has forged over the years, including with folks like Ronnie Dunn and Ringo Starr, the Eric Church friendship might be the most unlikely, and the most fruitful in spreading awareness about Ray’s music. Some have looked sideways at Church for his newfound appreciation for Hubbard, almost like it’s an effort at street cred. But as Church explains at length in Brian T. Atkinson’s The Messenger: The Songwriting Legacy of Ray Wylie Hubbard, his appreciation is real. Here’s an excerpt of Church’s more in-dept recollection and tribute to Ray Wylie Hubbard:

I started writing with Nashville songwriters in 2000. Those guys are craftsmen, the best in the world, but there’s a freedom and wildness in what Ray Wylie’s doing. Ray’s so damn creative. He taps into my soul with his songwriting and the way he plays, sings, and crafts a story. You think the characters he develops come from his imagination, but then you look at places he’s been and things he’s done. These are character he met through his time playing. I what the freedom in his music makes me feel like. Ray Wylie’s a damn national treasure, a poet and absolutely one of the best we’ve ever had. He sets a scene better than anyone.

We fell into [‘Desperate Man’] and finished it in a few hours. Ray has always been good about the visual element of lyrics. You close your eyes and listen to him sing these words, and you can absolutely visualize, feel, and see [the story]. His words aren’t just filling a space. Ray’s meticulous and places every word well. He painted colors on the canvas for “Desperate Man” and made the images come to life.

Ray’s a funny, interesting guy. You can’t take your eyes off him. We had  fun spending all day with him when we were shooting the video. We hung out and talked about the music, all the years he’s played, and where he’s played, a pretty special day for me. He’s been a troubadour for forty years, and success hasn’t mattered. He’s just played. I have such a respect for his love of music. We need more of his uniqueness. He can do something in a way that no one else can. He’s the dead thumb king. I think he deserves to be in [Nashville’s] Songwriters Hall of Fame. More younger artists listening to Ray Wylie Hubbard would be better for the health of country music.

I was meticulous in choosing who I name-dropped in ‘Mr. Misunderstood.’ I chose Elvis Costello, Jeff Tweedy, and Ray Wylie Hubbard because they influenced me and are people who I think are badasses. I don’t know how many people in country music would immediately recognize all three names. Some might know one or two. Name-checking them was about respect, but also I was putting something out there that people might not listen to all the time.

The Messenger: The Songwriting Legacy of Ray Wylie Hubbard is now available for purchase.