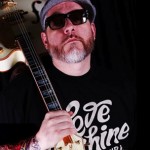 When Saving Country Music decided to take a hardline stance against the infiltration of rap into country, one of the requisites I put on myself was to attempt to find the few instances where the bridging of the two genres actually works. As I said in my Survival Guide to Country Rap:

Do not diminish the arguments against country rap by lumping all country rap together. I am sure there has been in the past, and will be in the future, some blends of country and rap that are respectful to the roots of the music, and enjoyable to listen to while not insulting the intelligence of the listener. It is not fair to the honesty and heartfelt approach of these artists who are breeding originality through bridging artforms to lump them in with Jason Aldean.

Since then I have been aggressively seeking to find these instances, to prove I’m not just talk, and trust me folks when I say I’ve almost sprouted a six pack from the workout my abdominal muscles have received from the dry heaves most country rap stimulates. One recent project though intrigued me from the press I read about it, called Songs Of The Ungrateful Living by Everlast, former member of House of Pain, who you probably remember best from their hit song “Jump Around.” 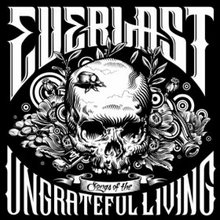 A few years ago, before the rise of Colt Ford or country rap as a mainstream approach, Everlast was experimenting with incorporating country elements and themes into his hip hop music. Notice I said “incorporating” instead of “bridging” the two genres together. I remember getting dozens of emails when he released a hip-hop-style cover of Cash’s “Folsom Prison Blues” in 2008, but I spared it the poison pen, seeing it more as a silly gimmick than a serious attempt by Everlast to “go country.” In fact Everlast has gone out of his way to make sure people do not call him country. In an article from LA Weekly entitled “Don’t Call Him Country. Everlast Is Hip-Hop, Dammit,” Everlast said:

I think that’s one of the biggest misunderstandings about me. Everything I do is hip-hop. I don’t care if it sounds like a country ballad; if I’m doing it, it’s hip-hop.

Everlast went even further with Hip-Hop DX to call out artists who in the face of descending popularity, try to use the rising action of the country music super genre to resurrect their careers:

I’m not one of these dudes that would come out and be like, “Oh look at me. I’m a Country artist now.”… I would never try to put on a uniform and act like, “Look at me now, I’m a country dude.” That’s real lame. How many times have you seen an artist or somebody who is failing in their actual genre of whatever I don’t believe in genres anyways, first of all. That should be obvious by what I do. But let’s just say how any times have you seen some Pop princess or some Pop-fucking-singer, boy-toy whatever motherfucker falling down in their career and all of a sudden are like, “I’m a Country singer now.” It’s lame, man.

What I realized when listening to Everlast’s album and reading his take on “going country” is that attempting to bridge country and rap comes down to chemistry. Mixing country and rap may not be like trying to mix oil and water because of how polarizingly-different the two genres are, it’s more like when you pour a dominant chemical into a recessive chemical: you end up with all of one, and none of the other.

Since country is such a traditional art form, as soon as you interject a hip-hop element into the music (rapping, drum loops, samples, whatever) it ceases to be country, and instantly becomes hip-hop. When I talked about how country was taking a submissive role to hip-hop in the formation of the mono-genre, this may be one of the reasons. Everlast uses steel guitar, fiddle, banjo, and country themes in his songs, but he wouldn’t think once about calling his songs country, because they’re clearly still hip hop. One of the calling cards of hip hop is to borrow beats and elements from other genres, and it has been that was since hip hop’s beginning. In other words, there is no country rap. There’s country, and there’s hip hop.

I think this is also one of the reasons so many songs sold as “country rap” also incorporate laundry list/country checklist elements, where the listener is brow beaten with a barrage of “ice cold beer, back roads, pickup truck” countryisms. They’re attempting to countrify a song that is inherently hip-hop to cover up the crime. And when I use words like “recessive” when talking about country, that is not to imply country is weaker or not as good as hip hop, it is simply the nature of how the two genres interact.

And please don’t get me wrong, I am not endorsing Everlast or Songs Of The Ungrateful Living. It is a hip-hop album, and not being an expert on the genre, I don’t have a right to an opinion above my own taste. What I do know is that Everlast was able to incorporate country elements into hip-hop music, and do so not as a gimmick to create the widest possible demographics based on commercial concerns, but do so out of respect and understanding for both art forms with no pandering for commercial appeal. How many more albums could he sell if he simply made a big deal about “going country?” Instead Everlast went with honesty, speaking the truth about how even though he may incorporate country elements into his music, it is still unquestionably hip hop. And that my friends deserves two guns up!