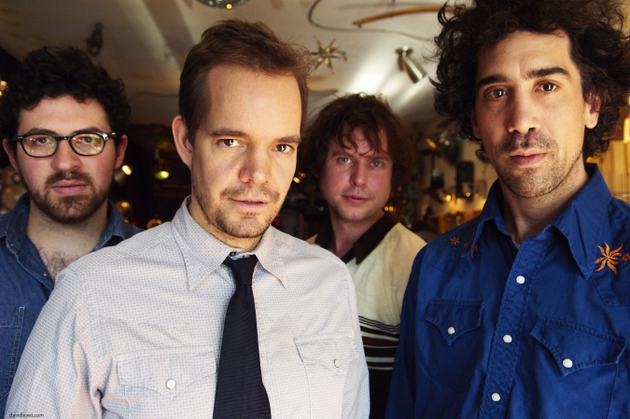 When looking for country music that is smart and still tied closely to the roots of the genre, it’s never a bad option to look north of the border to many of Canada’s formidable country outfits. Corb Lund, Lindi Ortega, Daniel Romano, and so many more make up a large chunk of the best listening independent country has to offer. So last year when the Toronto-based country band New Country Rehab released their second album Ghost Of Your Charms, it wasn’t like it didn’t raise a bleep on my radar. But I looked at the cover with a lotus-like flower rising from one corner and a butterfly fluttering along the bottom, and then saw/heard their video for the song “Home To You” and thought, “Okay cool, they’re a quaint little non-offensive country band, I’ll have to check them out a little deeper when I get a chance.”

But lurking behind the butterflies, flowers, love songs, and the unfair stereotype of thinking of Canadians as soft-edged by default, was so much more. Dubbing themselves “Outlaw” country, New Country Rehab very much defines the space that refers heavily to country music’s storied past, while instilling it with a new set of sonic parameters and progressive values. The lilting love songs are certainly present here, but so is a heavy handed douse of social commentary that struggles to hide its anger, dark characters troubled by what the world is made of them, and songwriting that holds to it’s poetic leanings even when in the midst of a panic attack. There are overturned luxury vehicle burning out of spite, and hidden corpses of bankers on this album. And overall, there is a much deeper and diverse emotional experience than one may expect. 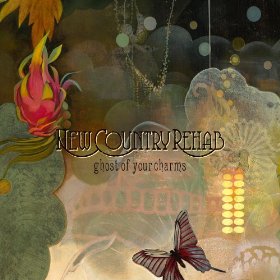 New Country Rehab and Ghost Of Your Charms is evolved country in every sense—the true result when country music progresses, but still holds firmly to its roots. For example they cover the Hank Williams tune “The Image of Me” and in a very reverential manner on this album. But they also veer towards elements of almost a prog indie rock in places. It all fits together cohesively though, and doesn’t feel like a stretch to call it country, even when they go out the farthest on sonic limbs.

There is a lot of young man anger in this album, coming close to an unfair idealism, though never crossing that line, and never imbibing the music with too many specifics that may give it a polarizing political bent. The song “Luxury Motel” makes for an angry, direct statement about the acquisition of land for recreation and what this can do to the residents living in the community. “Rollin'” goes in the direction of the mildly psychotic in how it portrays a dystopian perspective on the discrepancy between the haves and the have nots. The songs “Lizzy Dying of a Broken Heart” and “The Bank and The Army” tell similar tales of the toll the soldier’s life can take on the soul and sanity.

But this album also has a few vulnerable, tender moments that touch deeper than they would normally because of the contrasting company they keep on the project as a whole—songs like the aforementioned “Home To You”, or the very spatial, and emotionally-open “Midnight Cargo”. New Country Rehab say a lot on this album, but they still find the time to touch many sectors of the emotional palette.

The music of New Country Rehab varies pleasantly, sometimes matching the anger behind the inspiration for the song, or becoming very uplifting with multiple fiddle lines filling the composition with emotion. There is very much is a old-school country foundation here that may not be obvious at first, but is revealed in the bones of the songs. Hank’s influence is certainly present, not from loud steel guitar or blues progressions, but from the overall poetic approach to the entire New Country Rehab experience. And singer John Showman’s tone is something that feels both fresh and timeless—something that a band can hang its hat on, while his fiddle playing is quite endearing.

I’m admittedly late to the game here. It took a while for New Country Rehab to win me over. But won me over they have, and Ghost Of Your Charms should be characterized as nothing less than a treasure trove of unburdening emotional experiences and insightful tales that deserve a wide audience.

Preview & Purchase Tracks from Ghost Of Your Charms