Who will be releasing new albums in 2016? What are some of the most-anticipated projects? What are the rumors swirling out there about new albums that may be released in the coming year? Here’s a rundown of upcoming projects from artists recommended by Saving Country Music that you can look forward to in 2016. Please feel free to leave your thoughts about what you’re excited about being released in 2016 in the comments section below, or any intelligence you might have on upcoming releases, as long as it doesn’t start with “You forgot”¦” 🙂 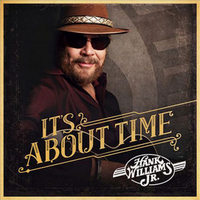 It’s About Time will be Hank Jr.’s first album on Big Machine Records’ NASH Icon imprint. He signed to the label meant to give new life to older artists in April of 2015. Hank Jr. opened the 49th annual CMA Awards with the album’s first single, “Are You Ready For The Country?” The album also includes a cover of the country classic “Mental Revenge,” and a remake of “Born to Boogie” with Brantley Gilbert, Justin Moore and Brad Paisley.

The Randy Rogers Band is gearing up to release their 7th album on January 15th entitled Nothing Shines Like Neon, and the word on the street is that fans should expect a traditional country effort. And with contributions from Jamey Johnson, Alison Krauss, and Jerry Jeff Walker, calling it traditional doesn’t sound like too much of a stretch. A more traditional sound also sounds feasible since the band will release this new record independently after releasing their last four albums through MCA/Mercury Nashville. Signing up for the producer role on Nothing Shines Like Neon is Buddy Cannon. (read more) 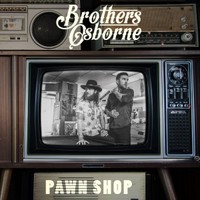 Their official full-length debut album, it will feature 11 songs and will be produced by Jay Joyce. Though the Brothers Osborne feel like they’ve been around for a long time, have toured with big acts such as Eric Church, this is brothers T.J. and John Osborne first shot at full-length material. Released by EMI Nashville.

New mom Rachel Brooke’s latest record will be a six-song EP and will include a limited-edition run of blue marble vinyl. It’s her latest record since the early 2015 collaboration with Lonesome Wyatt called Bad Omen. 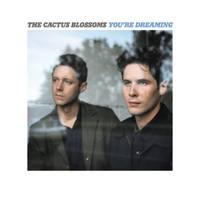 You’re Dreaming will be blood brother’s Jack Torrey and Page Burkum’s third album, complimenting their self-titled debut release from 2011, and Live at the Turb Club from 2013. The new record will include ten original compositions, and will be produced by JD McPherson. Though The Cactus Blossoms are known for their excellent covers of traditional tunes as well, their original compositions are just as enriching and slide right into a repertoire that enchants a wide range of roots listeners. You’re Dreaming will be release through Red House Records.

Right now, this might be one of the most anticipated releases heading into 2016. Aubrie is a hot name for being a fast-rising artist in the coming year. 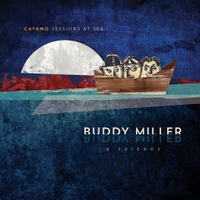 The album is said to be different than anything Lucinda has recorded before from the cohesive theme running through the songs. 12 of the 14 tracks on Ghosts of Highway 20 are inspired by events or other personal links to the interstate that runs through Lucinda’s home state of Louisiana. However it’s not an album about geography, but about the people that reside along the interstate, and the stories they hold.The album is also said to include “some of the most expansive and experimental arrangements Williams has ever recorded.” The release was produced by Lucinda Williams, with help from Tom Overby, and steel guitarist Greg Leisz. 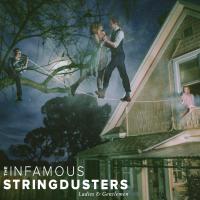 Vince Gill – Down To My Last Bad Habit (February 12th)

Vince Gill will release his twentieth official album over his 30-plus year career, and last solo album since 2011 when Down To My Last Bad Habit hits stores February 12th. It was produced by Vince Gill at his home studio, with help from respected engineer Justin Niebank. It includes twelve tracks, collaborations with Little Big Town and Cam, and ends with a George Jones tribute called “A Sad One Comin’ On.” (read more) 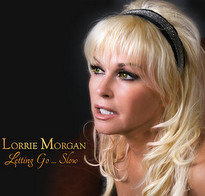 Her first album in five years will include 12 tracks and be released by Shanachie Entertainment. Produced by Richard Landis, it includes a Gatlin Brothers cover, and a cover of Bob Dylan’s “Lay Lady Lay.”

Austin Lucas – Between The Moon and the Midwest (February 19th)

Singer, songwriter, showman, heartthrob, dog owner, and cooking aficionado Austin Lucas is readying the release of his latest record Between the Moon and the Midwest on February 19th. It will be released through Last Chance Records in the United States, and At The Helm Records in Europe, and will be Austin’s first release since parting with New West Records, who released his last album Stay Reckless in 2013. It was recorded in August of 2014

The Waco Brothers and frontman Jon Langford will release their first record of original music in 10 years through Bloodshot Records.

To be released by This Is American Music, North Carolina native Caleb Caudle co-produces the effort with Jon Ashley. Recorded at the Fidelitorium in Kernersville, North Carolina.

Over the past eight years, Loretta has been working on the new music at Johnny Cash’s famous Cash Cabin Studio in Hendersonville, TN with producers Patsy L. Russell, and John Carter Cash. Full Circle finds Loretta remaking her classic hits “Whispering Sea,” “Everybody Wants to Go to Heaven,” and “Fist City,” along with the traditional country tunes “Black Jack David” and “I Never Will Marry.” The album also includes collaborations with Willie Nelson and Elvis Costello, and a few new original tracks. The release of Full Circle is also timed to coincide with the airing of American Masters Loretta Lynn: Still a Mountain Girl. (read more) 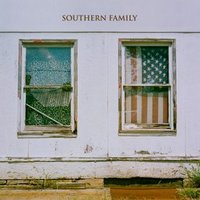 Her followup to 2013’s critically-acclaimed and Grammy nominated 12 Stories. Said to include the songs “Big Day In a Small Town,” “Broke,” “You Can Come Over” and “Soap Opera.”

Hayes Carll and Thirty Tigers announced a partnership in May of 2014, with a new album set to be released in “early 2015.” Even at that point, the wait of some eight or nine months seemed like it would take forever. Then early 2015 came and passed, and then the rest of 2015, and still no new Hayes. However April 8th is said to be the date, and hopefully it sticks this time.

PLEASE NOTE: Don’t get too married to the info because it’s subject to change.

Justin Timberlake is making a country record, so you better get used to the idea. Though there’s no official name or date, he recently bought property in Nashville, has said he’s wanted to make a country record, he was said to be running down studio time in Nashville in November, and later his producer Timbaland pretty much admitted a country album is in the works. Expect it to be released in time to either take advantage of the summer touring season, or possibly in the fall to be poised for performances on all of the awards shows.

Sturgill Simpson‘s new album has been a subject of great intrigue. His last album Metamodern Sounds in Country Music was released in May of 2014. We know he recorded an album in the winter/spring of 2015, and that he’s now signed to Atlantic Records, but so far there has been no word of when we might anticipate the new release. Though Sturgill experienced an incredible rise after the release of his last album, one wonders how long that momentum will hold out without new music. He’s been playing a lot of covers on the road, not wanting to wear out any new music live before it’s released. Obviously if Simpson did release an album in 2016, it would immediately become one of the most anticipated releases of the year.

Holly Williams is working on a new album with producer Dave Cobb. No further details yet.

Jack Ingram will possibly have two, maybe even three albums in 2016 according to some chatter, including one called Midnight Motel. However, this was the same chatter we heard at the beginning of 2015.

There’s been rumors of a Marty Stuart and Travis Tritt duo project, re-evoking their No Hat days of yore. Marty is also supposedly working on a project with country legend Don Maddox of the Maddox Brothers & Rose.

Mo Pitney should have an album coming soon. Multiple singles have been released, but the big question with any Curb Records signee is if the label will take their sweet ass time actually releasing a full-length record. Curb continues to be scared of its own shadow, but Mo’s talent is too ripe to mismanage.

William Michael Morgan would be the other major label-signed traditional-leaning artist to anticipate a debut record from in 2016.