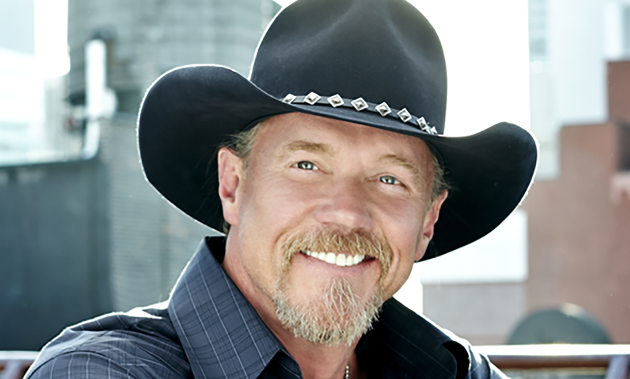 Fans are furious after country artist Trace Adkins showed up to a benefit fundraiser for St. Jude’s Children’s Hospital so drunk he couldn’t sing. The performance on Wednesday, July 15th was so bad, fans in attendance started leaving, and Adkins eventually finished his set early, stumbling off stage.

The drunken performance, part of an acoustic set dubbed “Guys with Guitars Under the Stars,” was sponsored by Rockin’ Country Thunder 106 in Seaside Heights, New Jersey. Attendees were especially agitated because so many children were in the crowd of an estimated 5,000 people. Numerous fans took to the Facebook page of Country Thunder 106 to complain about the performance, while others remarked how people were leaving in droves during Trace’s set.

“Praying for him to overcome his demons because he is a talented man. However, coming on stage in the condition he did, and singing (‘Whoop a Man’s {Backside})’ in front of children at a St Jude’s concert was disrespectful to the foundation and the kids,” said Jennifer Weisser Smith.

Despite the poor performance, the Trace Adkins camp has reportedly made efforts to attempt to make it right to the organizers. It was announced Friday (7-15) that Trace Adkins has donated his performance fee from the event back to the charity.

“The solution we reached with Trace in donating his appearance fee to benefit the children of St. Jude’s should allow each of us to move on from this event and realize that criticizing and intolerance does not advance the public good,” Thunder 106 General Manager Richard Morena said. “Taking a positive and affirmative action is what matters and that is what we have done in this instance.”

“The events from last night were unfortunate and upsetting to many,” added Thunder 106 station manager AJ Colantoni. “Nonetheless, all members of the country music world and empathetic fans of Thunder Nation are united in sending our love, support and prayers to Trace!”

Neither Trace Adkins nor his management have acknowledged the incident.

This is not the first time Trace Adkins’ drunkenness has made headlines. The country singer went to rehab for 28 days in 2001 after an intervention by his family. In 2014, Adkins was in an altercation with a Trace Adkins impersonator aboard a cruise ship where he was performing, later leaving the cruise and announcing he would return to rehab.