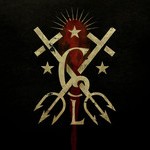 From directors Blake Judd and Keith Neltner comes the timely, well-crafted, and visually-stunning account of Country Music Hall of Famer and Grand Ole Opry member Charlie Louvin’s life and final days called Still Rattlin’ The Devil’s Cage. This 45-minute film features interviews with many country greats, including Charlie Louvin himself, his son Sonny Louvin, Emmylou Harris, George Jones, Alison Krauss, Marty Stuart, and John McCrea from the group Cake. Aside from exhuming Gram Parsons for a sit down, no expense or resource was spared on a film that includes some of the best cinematography and artistic vision you will see in a film project of any size or budget.

The film’s roots go back to a visit Blake Judd and Keith Neltner made to Charlie’s home in 2008 as part of another project. They stayed in touch with the country legend over the years, and in July of 2010 it was announced that Louvin had been diagnosed with pancreatic Cancer. When a concert was planned for December of 2010 to mark the 50th Anniversary of The Louvin Brother’s legendary album Satan Is Real, Judd and Neltner knew it was something that must be captured.

The spark was the Anniversary show in Nashville, which ended up being Charlie’s last public performance, but the film grew to encompass a capstone of Charlie’s entire life, from his very poor childhood in rural Alabama, to the formation of The Louvin Brothers, his military service, his brother Ira’s bouts with the bottle and eventual death, and the resurgence of Charlie Louvin’s career late in life. Charlie passed away January 26th, 2011, while Still Rattlin’ The Devil’s Cage was in production.

Read About The Undeniable Influence of Charlie Louvin 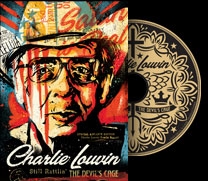 Blake Judd’s vision is combined with Keith Neltner’s artistic prowess to make a film that is breathtaking to the senses, and does justice to the historical significance of the subject matter. It is one of those films that regardless of your allegiance or knowledge of the subject, it sucks you right in from the opening cut to the credit roll. No creative storytelling was needed; Louvin’s legacy supplies that. The filmmakers had the wisdom to sit back and let the story unfold for them.

The greatest element of this film is that it captures with great wisdom that Charlie Louvin’s life was a victory. The epitaph that it conveys with a bold starkness is simply “He won.” And this isn’t just tribute or flattery. Charlie was born in the poorest of conditions in the Deep South, and rose up to become a legend. He faced the deepest of personal tragedies in the death of his brother and music partner Ira, and became a better, even more devout person from it. He suffered the death of relevancy by the cold and unforgiving country music business, yet found a home late in life in the independent music world, and enjoyed an inspiring resurgence in his career.

The moral of the story is that victory is within anyone’s reach. That is the everlasting message to go with Charlie Louvin’s everlasting influence on American music.

And this film itself is a victory for the legacy of country music, the importance of the independent country music community, and filmmakers Blake Judd, Keith Neltner, and the entire “Devil’s Cage” production team that includes Brian Steege as Director of Photography, Editor Todd Tue, and Writer Jeff Chambers. This film is so uncompromising, it serves as their magnum opus up to this point. Charlie Louvin slipped through the country music cracks later in life. Like so many others, he was too old, forgotten by the wayside. But the independent country music community acted like a safety net, rising up to support Charlie in his late-life resurgence.

Read How Charlie Louvin Found Support in the Grass Roots

The whole Devil’s Cage team came on the scene just in time to chronicle Charlie’s final days with the help of the people of country music through Kickstarter who gave of their time and money to make this film happen. And they didn’t just tell the story, they did so in a way that did a legendary career, legendary music, and an inspiring life, due justice.

Still Rattlin’ The Devil’s Cage will be officially released on DVD December 3rd, with the proceeds of the 1,000 limited-edition copies going to the Louvin family to help pay Charlie’s medical expenses.

The film has also been entered into numerous film festivals. Stay tuned to Saving Country Music for more developments on Still Rattlin’ The Devil’s Cage.