Finally, The Josh Turner Gospel Record is On The Way 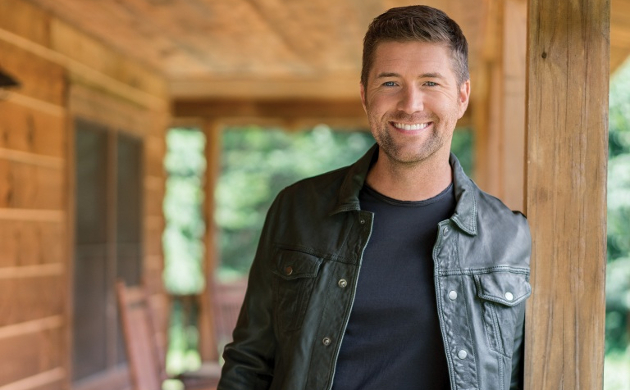 Josh Turner has experienced a rocky road over the last few years, having to wrestle with his label MCA Nashville to release his music, and to release the music he wants to. But a project long in coming, often promised to fans, and highly-anticipated by the public is finally on its way. I Serve a Savior will be Josh Turner’s first dedicated Gospel album, bringing his bona fide country voice to religious music, to the fans who’ve heard him sing such songs in concert for years, and have been salivating for a project like this for over a decade.

“My faith is the most important thing to me,” says Turner. “I want people to hear the sentiment and heart behind this record. I want them to feel the same inspiration that I felt. I want them to feel that and hopefully they’ll make these songs a part of their life. Working on this project has definitely been a God-ordained blessing. I never would have thought I’d be doing this record this year, but God opened a door and I walked through it. I’ve seen many seemingly impossible things take place during the making of this record and I’ve felt God’s anointing over it.”

There was a half decade lapse between Turner’s 2017 record Deep South—which in moments felt like a Bro-Country compromise with his label, and his previous record Punching Bag from 2012. Like many MCA Nashville artists, it felt like Josh Turner was being held in limbo. The fact that Turner was able to score a release for this Gospel record and while still on a major label is an achievement in itself.

I Serve A Savior includes a special song written by his wife, Jennifer, and eldest son, Hampton called “The River (of Happiness).” They also sing on the track with Turner’s three other boys. “It’s an uplifting song,” said Turner. “And having Jennifer and the boys singing on it drives that home.” Sonya Isaacs and Bobby Osborne also appear on the record.

A 90-minute live performance DVD filmed at Gaither Studios will also be released as part of the project. The DVD will include a special interview of Turner with gospel legend Bill Gaither. “Josh Turner is a gifted artist. We talked about his faith, his music, his wife and children, and about his gospel heritage he holds so dear,” says Gaither. “It is a joy to see a young man with so much talent using his gifts with purpose and excellence.”

The DVD will also feature a performance by the Turner family, and will also be edited to air as a one-hour television special hosted by Bill Gaither. The special will air this fall on several networks across the U.S. and Canada.

I Serve a Savior is out October 26th, and is now available for pre-order. 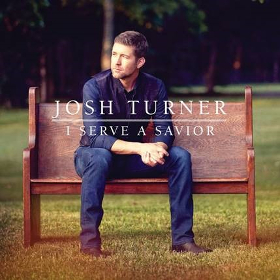 I Serve A Savior Track Listing: