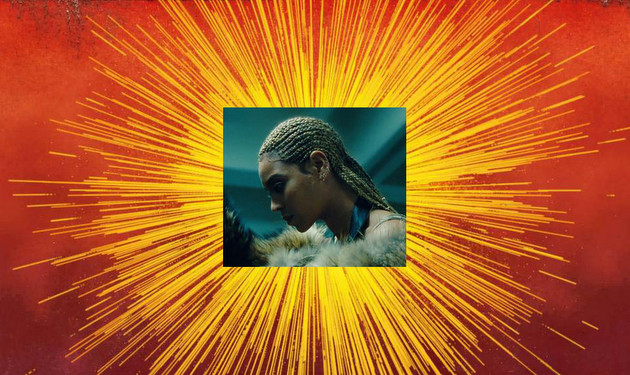 In all my time writing for this stupid website, I can’t remember another moment when such a non-story story absolutely gripped the consciousness of the American music media, and polarized musical pundits with such spirited and sometimes vehement opposition that it permeated the entire media mindset, and everyone was forced to choose sides.

It’s all centered around if one song on Beyonce’s new album Lemonade called “Daddy Lessons” is country or not, and if Beyonce should be “welcomed” into country because of it, when the song hasn’t been released to country radio and probably never will be, and the whole issue ultimately doesn’t matter a hill of beans to anything.

For the record, “Daddy Lessons” is not a country song. This is just the truth of things. And if you’re looking for any further evidence of such, just appreciate that even well-known pop country and celebrity-worshiping pom pom waiver Alison Bonaguro of CMT is behind me on this. And when Saving Country Music and CMT’s Alison Bonaguro find consensus, you know there’s something universal behind it. I’m not sure that I agree with some of the points Alison makes about the song, but whatever. The fact is, Beyonce’s “Daddy Lessons” isn’t country, and there is no indication it’s even supposed to be taken as such. Is the song “inspired” by country music, or Beyonce’s upbringing in Houston? (Which trust me, is not a “country” town despite being in Texas.) Well sure it is. But that doesn’t make it a country song.

And yet for some reason, it is some indomitable point of pride by certain members of the entertainment media—most of whom only know country music from the outside looking in—as well as superfans from the Beyonce camp that everyone universally recognize “Daddy Lessons” as a country song, and welcome Beyonce to the “country format,” or they’re clearly sexist, racist, ignorant hayseeds who must be smeared and destroyed for taking such an incredibly insulting stance against Queen Beyonce.

It’s come to the point where you now have these non-country media members trying to explain to country why they’re “stupid” for not letting Beyonce into the fold, when remember, it’s questionable if that’s even what she’s asking for. The Houston Press posted a story entitled, “Country Music Would Be Stupid to Ignore Beyonce’s Gift to the Genre.”

“Horns, fiddles, jangly guitar riffs and Beyonce’s flawless voice combine to create a track that is both immensely listenable and undeniably country,” says writer Amy McCarthy, who has so much knowledge about country she once said about Sturgill Simpson, and I quote: “Sturgill Simpson never said he was a country artist.”

Amy McCarthy also flipped out when the Dixie Chicks covered “Daddy Lessons.” Writing for The Dallas Observer she said, “There will undoubtedly be an onslaught of artists attempting to cover the perfection that is Beyonce’s latest work, many of them white artists who have no business going near a Beyonce track.”

Someone is looking to score backstage passes when the Queen Bee comes through Texas I guess. Aren’t The Dallas Observer and Houston Press supposed to be alternative newsweeklys? Tell me what local punk band blew up a green room over the weekend, not why I should worship a global pop star. That’s the problem with today’s music media: it has descended into fan worship, and contraction has necessitated only one set of eyes and ears cover all the genres of music so you get these incredibly shallow and wrong-minded observances of country from people who have no clue about the format.

That was on full display when The Associated Press, THE ASSOCIATED PRESS for crying out loud, ran a story Friday (5-20)  called “Country Artists Welcome Beyonce to the Format.” They go on to accumulate some anecdotal information from a couple of artists like Dierks Bentley and Karen Fairchild of Little Big Town before turning the podium over to idiot DJ Bobby Bones.

He compared it to Timberlake’s “Drink Me Away,” a pop song that originally was released in 2013, but had a second life on country radio last year because of his well-received performance of the song with Stapleton on national television.

As Saving Country Music pointed out recently, “Drink You Away” absolutely flopped at country radio. There was no “second life” for the song at all.

Whether it’s because country music’s notoriously-insular program directors balked at the prospects of Justin Timberlake on country radio, or there was never truly much heft behind the effort, it absolutely flopped. The song, which at the time was roughly 2 1/2 years old, failed to chart whatsoever on any major list.

Then this ridiculous puff piece from The Associated Press, which is supposed to be the most straight-laced and impartial media institution in the United States, gets absolutely insane.

They not only suggest that “Daddy Lessons” could be considered for Song of the Year and Single of the Year by the CMA Awards (even though it hasn’t even been released to country radio, and there’s no indication it will be), the Associated Press actually suggests that Beyonce could be a legitimate contender for the CMA’s Female Vocalist of the Year in 2016. I am not making this up people.

Read this, from The Associated Press:

The song could even qualify for CMA’s song of the year or single of the year awards if it charts in the top 50 of a Billboard country singles chart by the end of June, which it hasn’t yet. And there’s no requirement for being known as a country artist for Beyonce to be nominated for female vocalist of the year.

People have so lost their everloving flipping minds over this stupid, non-story story, they’re now wanting to give Beyonce serious consideration for the very top distinctions in the entire country music industry. And for what? A song that’s not even country, and has yet to even be released to country radio?

But you know what? Fuck it. You can have the issue Amy McCarthy, The Dallas Observer, Bobby Bones, The Associated Press, and the millions of Beyonce fans who think any perceived ill word about your Queen Bee is an act of war. I actually don’t have any problem with Beyonce, or “Daddy Lessons” whatsoever. It’s fine. But the incitement this issue has aroused has now gone so far beyond reality and basic common sense, I cry uncle.

You’re right, “Daddy Lessons” is not only a country song, it is the greatest fucking country song ever written or performed in the history of ever. And for it, Beyonce is probably the greatest country music entertainer in the history of the world, and will never be eclipsed by any other artist from the present, or future, till Kingdom come. Female Vocalist of the Year? Please. Beyonce is the country music Female Vocalist and Entertainer of the Century simply for the epic, country music masterwork that is “Daddy Lessons.”