Trigger Down with Pop Country 59 Comments 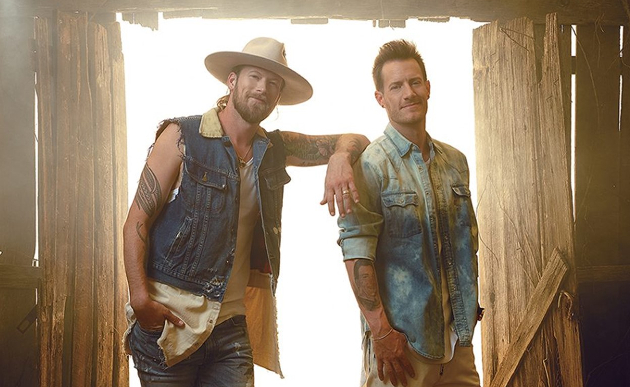 Florida Georgia Line ruined country music as a couple of white boy tractor-rapping well-heeled fraternity brothers who spearheaded the Bro-Country onslaught and sent the country genre down the shit pipe. And now to save their own asses from impending Nickelback-style universal public shame and denouncement (they share the same producer as the Canadian butt rockers, a hoser named Joey Moi), they’ve decided to toss out this maudlin Kumbaya bullshit and hope we somehow forget all the offenses they’ve perpetrated in the past and present, including their current single wizzing all over country radio, the icky and inappropriate “Talk You Out Of It.” Yeah, fuck off.

“But Trig, what about Luke Bryan’s ‘Most People Are Good’ and Tim McGraw’s “Humble and Kind’? You actually said you liked those songs!” Yes, because those were actually decently-written, delivered sincerely, and were much more original in their time and place. “People Are Different” is now the fifth or sixth major mainstream act releasing what’s basically the same song. It’s trend chasing and pandering, and as opposed to those much better efforts, it’s riddled with shoddy writing. If you follow instead of lead, you fumble, and the entire premise of a song becomes fouled. That’s the case with “People Are Different.”

Don’t let anyone tell you this song is not political. Politics has absolutely every single thing to do with why this track is being released, regardless of how you want to interpret the verses. If you can’t see through this ruse, you probably deserve Florida Georgia Line as your favorite band. Florida Georgia Line see Brothers Osborne out there winning three consecutive CMA Duo of the Year awards and getting all the acclaim that Florida Georgia Line believes they deserve for selling 30-times the amount of tracks and records, and they see why.

One of the biggest threats to the integrity of the country music genre at the moment is not just acts like Florida Georgia Line. It’s media outlets and fly-by entertainment personalities writing for major periodicals who solely promote country artists based off of those artists’ political affiliations espoused on social media and in their songs. Brothers Osborne have been a huge benefactor of this trend. If you “celebrate diversity,” you’re not only given a free pass to then turn around a perpetrate whatever scuzzball filth you wish in perpetuity, you’re celebrated to a degree much above more worthy contemporaries and the quality of your output deserves (see: Kane Brown).

Florida Georgia Line used to be the universal laughing stock of entertainment media. They’re the specific reason esteemed writer Jody Rosin coined the term “Bro-Country” back in 2013. More than any other act, they’re personally responsible for the reprehensible vacancy of any and all women on country radio as they’ve left feminine country voices without a genre. But hey, they’re saying the right thing in this one specific song and came out for universal background checks, so let’s not just give them a pass, let’s celebrate their leadership.

The irony here is that even though the song and premise are that “People Are Different,” arguably nobody has done more to homogenize the music sphere and erode our differences in the past 365 days than Florida Georgia Line. They were personally responsible for a pop star spending an unprecedented and historic 50 weeks at the top of the Billboard Hot Country Songs chart in the form of Bebe Rexha, single-handedly erasing decades of country music history. Yes, people are different, and so are their musical expressions. But you would never know that looking across the Billboard charts at the respective genres, primarily the fault of genre-blurring acts like Florida Georgia Line.

Of course people are different. We learn that at six-years-old. Of course everyone should be respectful to each other, and try to see other people’s perspectives. But this is the premise for a nursery rhyme, not a country song. Adults use subtly, nuance, and story to get important points across they wish to convey in music. “People Are Different” is akin to if Barney the purple dinosaur wrote a country tune. Are we really going to turn to the Beavis and Butthead of country music for sage wisdom? Florida Georgia Line has made millions upon millions of dollars and launched a wildly successful career by being country music’s airheaded party animals, and at the risk of paying them a compliment, they pull that off pretty well. So keep doing that. Be you. Leave it to the Americana acts who actually know how to convey a deep thought to try and help bridge the human divide acts like Florida Georgia Line helped create.

In a vacuum, no, “People Are Different” is not a terrible song. Give it credit for including some steel guitar, and trying to do something more subsnative than, I don’t know, delivering lines like “Stick the pink umbrella in your drink,” or trying to smooth talk a woman out of her clothes (voluntarily or not) like Florida Georgia Line’s current single. But “People Are Different” starts off with the most aggressive list-tastic lyrics on the way to running through one mawkish cliche after another. Oh the irony of Florida Georgia Line preaching to us about celebrating our differences and understanding each other, when they’ve been shitting all over country traditionalists for years for voicing fair concern that Florida Georgia Line’s pop/hip-hop music doesn’t belong in country, and is undermining the genre. About the only good advice “People Are Different” conveys comes in the bridge…

Yep, this song’s getting balled up tight, secured in the palm, and sent on a 3-point arching fadeaway toward the recycle bin. Swoosh. Being opposed to Florida Georgia Line and “People Are Different” isn’t about being closed-minded to people who are not like you. It’s about raging against the sameness that is spreading across popular culture like a contagion on the tips of tongues of performers like Florida Georgia Line. Sorry fellas, but this is one of those instances where you just can’t divest the message from the messenger.