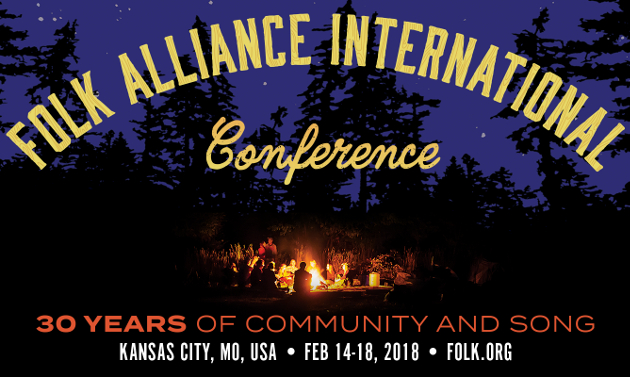 Folk Alliance International will be celebrating 30 years of supporting roots music in North America and beyond at their annual conference taking place on February 14-18, 2018, at the Westin Crown Center Hotel in Kansas City, Missouri.

Along with well-known names such as Colter Wall, Gretchen Peters, John Oates, and Mary Gauthier showcasing their music at the conference, Folk Alliance offers opportunities to industry professionals and dedicated fans to find the next generation of names that will impact roots music in the years to come from the hundreds of up-and-coming attendees performing over the weekend. As one of the most open and grassroots organizations in music, it gives performers with promise a ground floor opportunity to fulfill their musical passions. Bands and artists such as John Moreland, The Deslondes, and Parker Millsap owe at least part of their fortunes to Folk Alliance.

Beyond the marquee performances in the hotel’s various ballrooms, seminars and panels for independent music professional and aspiring artists, the annual Folk Alliance gathering is possibly best known for the wild scene that transpires on multiple floors of Kansas City’s Westin Hotel as organizations big and small set up performance spaces in the hotel rooms themselves to showcase music in intimate performances.

For the second year running, Saving Country Music has partnered with Dollartone Records, along with co-sponsors Free Dirt Records, Grassy Hill, Lucky Bird Publicity, and Wild Haven Beer to present the Sweet Beaver Showcase in Room #743, transpiring Wednesday through Saturday of the conference, starting at 10:30 p.m., and stretching all the way into the wee hours of the night.

Among Sweet Beaver’s 2018 performers are Vivian Leva, whose upcoming album Time Is Everything is one of Saving Country Music’s Most Anticipated releases of 2018. Songwriters Rachel Baiman and Molly Tuttle both had big releases in 2017 that ended up on many end-of-year lists, and will be be showcasing much of that material at Sweet Beaver. The Hackensaw Boys were playing punk-infused bluegrass before playing punk-infused bluegrass was cool, and they’ll be making their way to Room #743 as well. And Ruby Boots, who is originally from Australia, and was another of Saving Country Music’s Most Anticipated selections for 2018 will be playing ahead of her Bloodshot Records premier, Don’t Talk About It, followed by Bloodshot stalwart, Jon Langford.

The rousing Rev. Sekou, the spirited Western Flyers, the stirring string duo 10 String Symphony, and the energetic trash folk of Lisa LeBlanc will also make appearances at the Sweet Beaver Showcase, along with: 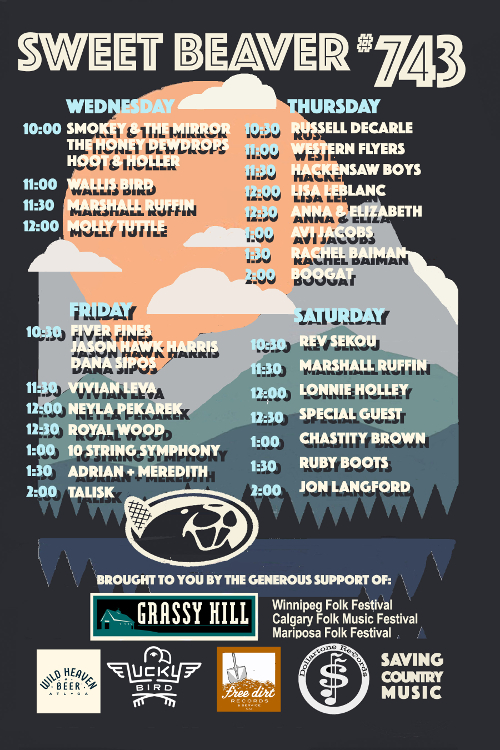