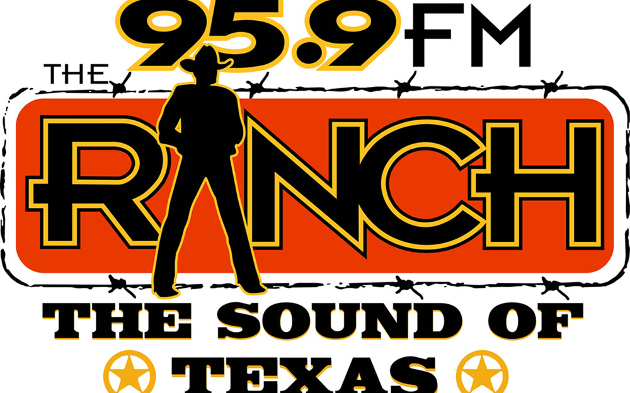 For years, radio station 95.9 The Ranch based in Ft. Worth, TX has been a bastion for fans of true country music, Texas country, Red Dirt, Americana, and country classics that are so often missing or never even given a chance on corporate country radio stations. Owned and operated by LKCM Radio Group, with its studios located in Ft. Worth’s Sundance Square, The Ranch is one of those rare gems that actually plays what they want to play. Garnering a devout following in Ft. Worth and beyond via their web stream, The Ranch is considered an institution of the independent country world for the scores of devoted listeners who tune in every day, and the artists who enjoy airtime that most other country radio stations would never consider giving to such artists.

That is why it came as such a shock when late last week the radio station decided to slightly tweak their format, and began to file in songs from a few select mainstream acts—artists like Brad Paisley, Dierks Bentley, and Miranda Lambert. For independent and Texas country fans who often share a radio with co-workers and are used to hearing these names in the rotation along with Luke Bryan, Florida Georgia Line, and Sam Hunt, they’re probably wondering what all the hubbub is about. They feel lucky to hear a Chris Stapleton song every once in a while, and can’t imagine a station that regularly plays Sturgill Simpson and the Turnpike Troubadours.

But this is the reason country music these days marks a dividing line of the culture war. True country fans, especially ones that have been listening to The Ranch for years as a safe harbor from pop country, are so diametrically opposed to mainstream music, they would rather hear rock or pop invade their radio station than even the best of what country radio’s mainstream stations play.

Fans are so furious over the move, they have hammered The Ranch’s social media accounts with complaints, filled the station’s message board with missives of discontent, someone has set up a Facebook page boycotting the station, and program director/DJ Shayne Hollinger has even received threats of violence from angry listeners. This is partly because for years The Ranch has been such a pristine gem, staunchly ignoring current trends and Top 40 hits, so even including one Dierks Bentley song every other hour is an affront to the entire institution to these listeners.

Saving Country Music studied a multi-hour bloc of The Ranch’s playlist as it streamed Saturday (3-4) evening to see just how significant the format change is (see below). Most independent and Texas country listeners would probably salivate to have a station like this within antenna range, and will wonder why they didn’t tune in online sooner, while the amount of mainstream songs and artists added in the rotation—despite the characterization by some listeners that The Ranch has completely flipped to a pop country model—is marginal at the worst.

The question is not what The Ranch is playing now, but where the station could be headed in the future, and if it may entice other Texas country stations to consider similar moves, especially if The Ranch format tweak is successful luring in new ears. Listeners of The Ranch have a legitimate concern that it might only be one or two songs an hour right now added from mainstream playlists, but it could go to one quarter, then a third, then half, and completely flip some day if the incremental moves are effective—sort of mission creep if you will, but on your radio dial.

It’s also a fair argument to say that by giving precious spins to major mainstream country stars and taking them away from Texas country and Americana acts, your robbing these artists, however incrementally, of one of the few radio outlets they have for their music.

On the other hand, if adding just a few songs from the mainstream entices more mainstream-oriented fans to the radio station, and the station sticks to their guns and only keeps those mainstream spins to a minimum, it could potentially result in a sum positive for all the independent and Texas artists featured regularly on The Ranch by exposing them to an entirely new demographic.

It also must be emphasized here that The Ranch has clearly selected artists from the mainstream that don’t represent the worst, but the best of what the mainstream has to offer. I understand, to many Texas country and Americana fans, Brad Paisley still represents putting ketchup on a $48.00 steak. But there is something to be said for pragmatism in trying to build a wider fan base behind independent artists. If using Kacey Musgraves and Dierks Bentley as gateway drugs is what it takes, then this may not be a bad compromise.

But let’s be honest here about the motivations behind this format change by 95.9 The Ranch: MONEY. They need more listeners. Radio is a dying business model in America, and in the very near future may only exist more as a novelty, and for ultra niche audiences like The Ranch appeals to right now. It’s a shame that radio stations like The Ranch aren’t duplicated all across the country, and with the increased popularity of independent country, perhaps that will happen someday. A lot of the artist on The Ranch’s playlist are selling out large venues and have huge followings. But there is still work to do to get those artists to the next level, and a massive gulf between the popularity of mainstream and independent artist.

Does it suck that The Ranch has acquiesced and started putting some mainstream country stuff in their rotation? Of course it does. And though it’s painful to say it, all the bellyaching by hardcore listeners still may not outweigh the gains the radio station could receive by the slight change in the format. In fact, all the commotion is likely to draw a bigger crowd of folks tuning in to see what all the complaining is about. That is why radio stations “stunt” when they change their formats in the first place. As an example, often when mainstream stars put out terrible singles, much of their fan base complains. We saw this with Carrie Underwood’s “Somethin’ Bad” and Jason Aldean’s “Burnin’ It Down.” Yet the songs still get to #1 because a silent majority will listen to whatever the radio serves them, no matter what.

The big test for The Ranch may not be right now, but in a few weeks when they find out if the format tweak is effective. If it is, then maybe they pat themselves on the back and go about their business. Or, perhaps they ask what more mainstream country songs could do. The worry is where it may lead The Ranch and stations like it in the future.

Saving Country Music reached out to The Ranch program director Shayne Hollinger for comment on this story, but emails were not immediately responded to.

To attempt to analyze just how dramatic or marginal the format change of 95.9 The Ranch has been, Saving Country Music logged a roughly 2 1/2 to 3-hour segment of The Ranch’s playlist on Saturday evening that included 54 total songs. Here are some observations:

• Out of 54 songs, only TWO could be considered current mainstream country music singles. That’s less than 4% of the playlist. And those two songs, highlighted in red below, which are “My Church” by Maren Morris, and “Vice” by Miranda Lambert, are both critically acclaimed singles from women, both of which were nominated for Best Country Song at the 2017 Grammy Awards, both artists are from Texas, and both arguably represent some of the best music in the mainstream.

• Out of the 54 songs, 10 could be considered either current mainstream country hits, OR back catalog mainstream hits. That’s 18.5% of the playlist (highlighted in black below). And even in there, you have a 28-year-old song from Garth Brooks, a 17-year-old and 10-year-old song from Gary Allan that may have been in the rotation before the change, a 14-year-old Dierks Bentley song, a 13-year-old Brad Paisley song written by Bill Anderson, a single from Kacey Musgraves that bombed on country radio a few years ago, and a song from “King” George Strait. There’s no Bro-Country, no Florida Georgia Line, no indecent country singles that are an embarrassment to the format, even though none of them may be the favorites of Texas country and independent fans.

• 81.5% OR MORE of the playlist is likely the same as before the format change. Since we don’t have a baseline, it’s hard to say if any of the ten mainstream songs would have been included before the change, but some of them probably were. So it could be as high as 90%. So were likely talking 1 in 10 songs is new to the playlist. Meanwhile for Americana/independent fans you have Sturgill Simpson, Jason Isbell, Jon Moreland, and Hank Williams III. For Texas country fans you have the Turnpike Troubadours, Cody Jinks, Jack Ingram, Stoney LaRue, William Clark Green, and the Randy Rogers Band. Traditional country fans have Dwight Yoakam, Merle Haggard, Willie Nelson, Waylon Jennings, and Jerry Jeff Walker.

***UPDATE: According to some listeners, The Ranch has also added much more classic rock than what was played on the previous format. Depending on the amount of classic rock compared to previously, the percentage of change could be greater than 81.5% , but this would NOT be because of pop or mainstream country.

CONCLUSION: The current 95.9 The Ranch playlist—after the change—is not only extremely diverse and filled with a vast majority of Texas country, independent, Americana, and traditional country music, with a little classic rock filled in, it may constitute the ideal American country music playlist, and not in spite of, but because it also includes the topmost standout singles from the mainstream.

Look, Saving Country Music loves to find instances where companies and radio stations screw up and undervalue the independent/traditional country fan. And yes, it is alarming to see this marginal, but clear change of format from 95.9 The Ranch. But The Ranch still comprises one of the best playlists in the entire country, and if people want to see it remain filled with the best of Texas country and Americana, and inspire other radio stations to adopt similar formats, they should support it instead of slogging it just because they want smart mainstream listeners to also feel accepted into the listenership.