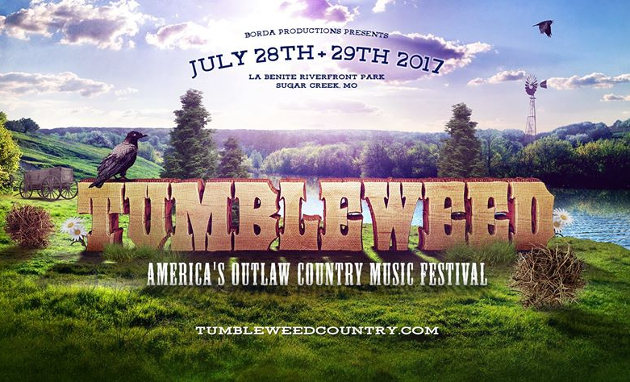 One of the most anticipated events in the entirety of 2017 in true country music is the Tumbleweed Festival just outside of Kansas City. With its stacked lineup of Cody Jinks, Whitey Morgan, Sunny Sweeney, Billy Joe Shaver, Jamey Johnson, Jason Eady, Colter Wall, William Clark Green, Jaime Wyatt, and so on and so forth, there may be longer lineups at certain events, but it’ll hard to find any that are better.

The Tumbleweed Festival will transpire on July 28th and 29th, with early revelers arriving on Thursday the 27th with a host of bands playing that evening. After a vote-in contest Tumbleweed ran for the final performance spot of the festival, they decided to add multiple new acts to the lineup since so many fan bases showed such strong support, and now the Thursday night lineup, as well as Friday’s and Saturday’s late night lineup, has been provisioned with more talent.

Greg Payne and the Piedmont Boys from South Carolina have been added as both the headliner of the Thursday night party, and to close out the festival on the late night stage Saturday night. Husband and wife duo Porter Union were also added to the Friday lineup, and Dustin James Clark from Missouri was also added to Thursday night’s festivities.

The Tumbleweed Festival is also offering free admission to all Veterans, Active Duty Military, and kids under 10. Camping is also available on site, and there will be fishing, guided canoe river trips, and helicopter rides as part of the festivities. 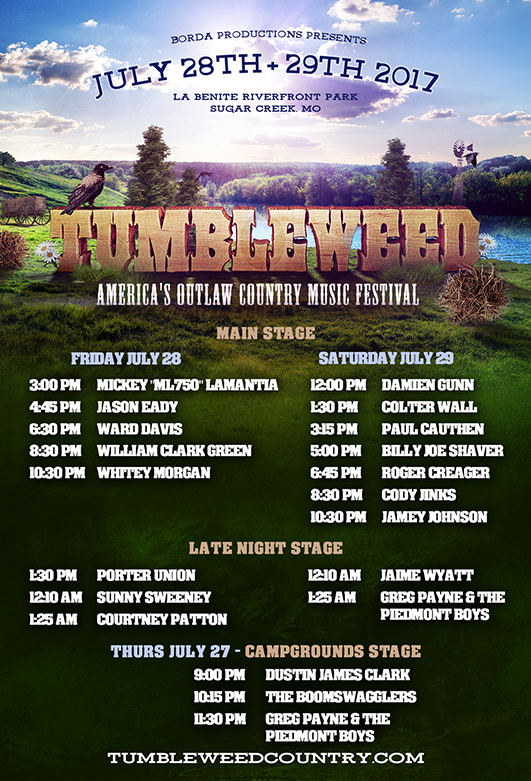