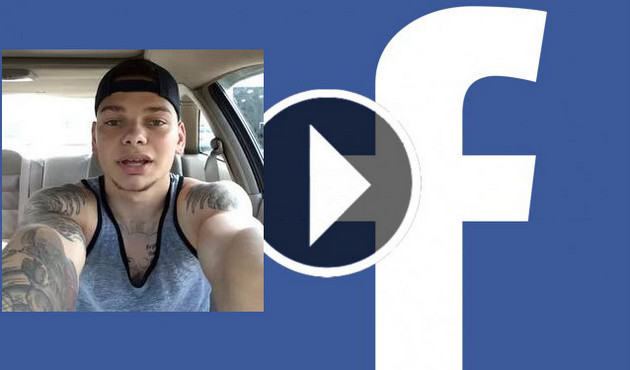 This is the third installment in a multi-part series on the “Scourge of Facebook,” and how the format is affecting the integrity of music. PART 1 : “We Hate Pop Country” Exploiting Country Legends By Illegally Selling Unauthorized Merchandise — PART 2: Viral Sites Exploiting Sympathy and Prayers for Country Legends

For a “view” to register on a YouTube video, a user must watch at least 30 seconds. But on Facebook, the video only has to be viewed for 3 seconds.

The user doesn’t even have to be paying attention to the video. The sound doesn’t even have to be enabled. And due to Facebook’s auto-play feature, it’s more likely three seconds will rattle off before the user even pays attention to it compared to a YouTube video. If a video shows up in somebody’s Facebook feed, chances are it will be counted as a view even if the user purposefully avoids it. Meanwhile this data is being used to make decisions on the efficacy of music artists, and whether they will get a chance to make it in the industry.

Facebook and Google are currently in a gargantuan struggle to decide who will control the internet moving forward, and Facebook is winning. Google likes the idea of original websites all across the internet, covering various subjects for consumers and curious humans to fulfill their every interest, and surfers using Google’s search engine to find the answers to their questions or the source for their next passion. On the other side, Facebook wants to be the one stop shop for your internet experience. You go to Facebook, stay on Facebook, and the service offers a completely curated feed of information for your web browsing from wake to sleep.

Over the years, Google has done its best to ensure a clean and equitable internet, making sure websites with original, quality content are given preference over sites that procure their content from other sources and rely on buzzy, clickbait headlines to lure in perspective readers. Since Google depreciates many of these viral sites in search results, sites with poor content have to rely on Facebook to find readers. Facebook is more than happy to serve virtually any piece of content to readers, as long as it keeps them on or near Facebook.

Since Google owns YouTube, Facebook has decided to attempt to battle Google by emphasizing their native video format. Facebook was boasting over 4 BILLION views per day early last year through its video format, and by the end of 2015, that number had doubled to 8 BILLION. Compared to YouTube, this growth is astronomical. But again, a “view” is only 3 seconds. It’s like China manipulating its currency to say it has more money compared to competitors, when the math is not the same for everyone.

In October 2015, Saving Country Music wrote a feature on the rise of Kane Brown—country music’s first viral superstar. Kane has since signed to Sony Music Nashville, very much on the strength and popularity he accrued through viral Facebook videos. As his Wiki page states,

First, these incredible numbers were manipulated naturally by the way Facebook counts 3 second on a video as a view. As journalists rattle off these incredible numbers, people naturally compare them to YouTube views, which before the rise of Facebook’s video platform, was the industry standard. We also know that just like Facebook “likes,” views of a video—Facebook or YouTube—can be bought. But taking these factors aside, how did a relatively-unknown artist receive so much attention for his Facebook videos? What was so spectacular about a cover of a George Strait song that it would go so viral and receive 7 million views in such a short time period? Since then, the video has now garnered over 10 million views.

Check yes or no âœ”ï¸âŒ

The answer might be a website called countryrebel.com. Up until recently, if you went to Country Rebel, you may not even know they had a video blog, or a Facebook page. The site sells “country rebel” clothing, including shirts and other accessories. But just like an average-looking storefront that hides a shadow business behind the counter, behind-the-scenes of Country Rebel is a very active content farm with links coming in from some of the largest country music Facebook pages in existence. It touts itself as “The World’s Largest Country Music Network.”

For example, when it comes to the George Strait viral video with the 7 million (now 10 million) views, at the time it was launched, three major Facebook pages all linked to one Country Rebel article touting the video titled, “He’s Not Your Typical Country Boy, But When He Starts Singing George Strait? I’m Floored.”

Though these appear to be three completely separate Facebook pages, all three of them predominantly post links to countryrebel.com as their primary function. The result is an incredible amount of traffic that can be targeted to a specific piece of media, and launch a viral event.

Country Rebel also posted about many of Kane Brown’s other videos that eventually went viral.

But how do you account for all the people showing up to Kane Brown live shows? Even with tons of effort being expended to bring viewers to videos, eventually the viral event has to rely on organic word of mouth. And that’s what Kane Brown did. Because of the buzz he was able to create with so many Facebook views, it drew a curious crowd, and then the views accumulated and accumulated, until people in the country music industry were forced to pay attention, and eventually Kane Brown landed himself a record deal.

The entire music industry is predicated on artists trying to make themselves look bigger than they actually are, and creating a buzz where there is none. Where entities like Google, and industry-recognized sources like MediaBase and Soundscan do their best to mitigate the manipulation of numbers in the marketplace, on Facebook it is free range, and openly promotes how it can turn money into views and “likes.” However you can get folks to your Facebook content, nobody is going to stop you. And you can pay Facebook for additional attention and exposure.

Did Kane Brown or his management pay for countryrebel.com to feature the George Strait Facebook video, and for the Facebook pages to link to it? “A lot of the people in Nashville think the numbers are fake, but they can’t prove it,” is what Kane Brown says, And he’s right, nobody can prove it. But what is clear is Kane Brown was part of a dedicated campaign to push him to consumers through the use of Facebook’s video format, and benefited from Facebook’s lax rules on counting views, and a lack of accountability.

It all fits with the similar pattern Saving Country Music illustrated in the article “Kane Brown: Market Manipulations & The Manufacturing of an Organic Star,” where Kane’s manager Jay Frank used his position at Universal Music Group to get Kane placed on preferential playlists on Digster and other streaming formats to drive up metadata numbers.

Nobody is saying anything that Kane Brown or his management has done has been illegal. In many ways, it’s been genius—using Facebook’s slanted rules and lack of accountability to launch a viral star. As Saving Country Music pointed out before, Kane Brown’s Facebook “like” page only has 181,000 likes—nothing compared to to the reach of his videos. But his PERSONAL Facebook page has over 1.7 million followers. Why the discrepancy? It’s likely because Kane has purposely run his operation through a personal profile because it will reach people easier. Content from a personal page is more likely to show up in Facebook feeds than from “like” pages.

YouTube views now count towards music charts through Billboard and other entities. And with the amount of market share Facebook’s video format is taking, it’s only a matter of time before people will begin to lobby for Facebook videos to be considered in music charts as well. But with only 3 seconds counting as an official “view,” and the ease of which an artist can manufacture a “viral” event, these numbers shouldn’t be trusted.

None of this is a concern for Kane Brown now. “Nobody can prove” he manipulated numbers, but he can now count himself as a major label artist, and will be playing to arenas on the upcoming Florida Georgia Line tour. Soon, how he got there will be forgotten in the past.

The worst part about the nature of Facebook’s video format is that when there truly is a viral event, and a song that resonates with lots of people, it’s hard to tell what is real and what is fake. The next great country star could be out there, but he may get lost in the shadow of Kane Brown and others, and the issue is far beyond just one for country music. It’s just another concern for the shadowy world of Facebook, and a severe lack of accountability in the format.