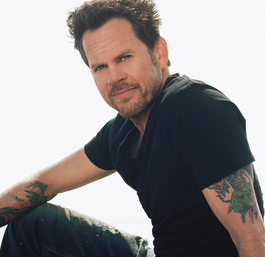 Fans of country artist Gary Allan and other curious onlookers have been wondering for quite some time just what in the hell is going on with Gary’s career. After releasing a fairly out-of-character and trend chasing single called “Hangover Tonight” over a year ago, it appears Gary’s career has been in perpetual limbo. “Hangover Tonight” flopped for all intents and purposes, stalling outside of the Top 40 on the country airplay charts—something you don’t want your lead single to do these days in mainstream country music.

Since the single stalled, there’s been no news on when a new single might be released, or when a new album might hit shelves, despite word from Gary and others that a new albums was expected as early as last summer. As Saving Country Music spelled out in the article MCA Nashville Replacing Curb Records As The Scourge of Music Row, Gary Allan is just one of many artists on MCA Nashville that appears to have their careers of hold after lackluster single releases. Other artists in MCA’s perpetual holding pattern include Josh Turner and David Nail.

Well now there’s some news, though it’s of a convoluted variety. On Wednesday (3-31), it was announced that Gary Allan had “re-signed” with Universal Music Group Nashville—the parent company of MCA Nashville. The press release spoke about how Gary had been with the label for the entirety of his 20-year career, which is true.

But one very important distinction in the press release is that Gary Allan is no longer being promoted by MCA Nashville, but another Universal Music Group subsidiary—EMI Nashville, which is the home of Eric Church, Alan Jackson, Brothers Osborne, and Eric Paslay. “Allan will now be represented by the EMI promotion staff as part of the re-signing,” the press release says, slyly announcing that ostensibly Gary Allan has switched labels.

“Gary is simply one of the most interesting vocalists and stylists that country music has ever known,” UMG Nashville Chairman & CEO Mike Dungan said. “He is truly a unique artist, and we are honored and thrilled to be able to continue to represent him.”

Also interesting, the press release says, “His most recent album, 2013’s ‘Set You Free’, features the No. 1 single ‘Every Storm (Runs Out Of Rain),’ which he co-wrote with Matt Warren and Hillary Lindsey,” making no mention of Gary’s single “Hangover Tonight” whatsoever.

What this means is the possibility of getting new music from Gary in single or album form just became greater. Also, if recent history holds form, there’s at least the potential that Gary Allan will also have more creative flexibility considering the flexibility bestowed to artists like Eric Church and Alan Jackson from EMI.

This new deal for Gary Allan also may factor into the situation Josh Turner, David Nail, and Claire Dunn find themselves in with MCA Nashville. Or it may not. But for Gary Allan, it appears he’s finally free of one of the most restrictive labels in country music at the moment.