Gary Nichols Is No Longer a Member of The SteelDrivers. Adam Wakefield to Fill In 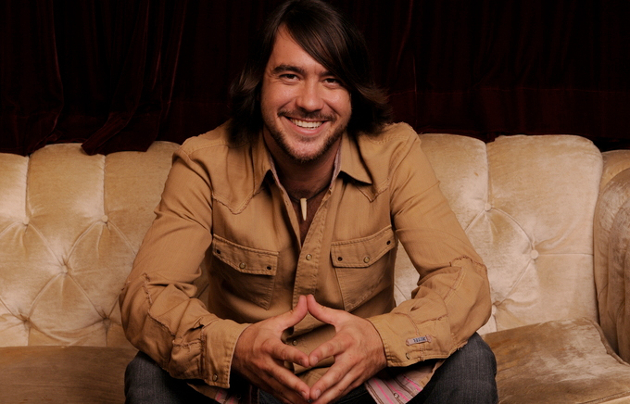 Gary Nichols, who was the singer and guitarist for the well-renown and popular bluegrass band The SteelDrivers for the last seven years, is no longer with the band. Though no reasons were given, the band did confirm the departure on Thursday evening (8-24) ahead of a shows in Colorado this weekend.

“The SteelDrivers and Gary Nichols have parted ways. We wish him only the best,” the band said in a statement. “We are looking forward to seeing you on the road this fall. We are excited about our next chapter and we are getting our new music for you guys ready as we speak. We will be out there rocking harder than ever.”

Filling in for Gary Nichols for upcoming shows will be recent runner up on NBC’s The Voice, Adam Wakefield. This will be the second time Wakefiled will have stepped in for Gary Nichols, who took a medical leave from the band in late May with Wakefield filling in. There were no further details given at the time of the Nichols hiatus in May to the nature of the problem, only that it was an “unexpected medical issue.” There is no word if it is the same medical issue that is the cause of him to leave the band now. Gary has not addressed his departure from The SteelDrivers publicly.

Gary Nichols took over for now country music superstar Chris Stapleton when Stapleton left The SteelDrivers in 2010 to pursue a songwriting and solo career. Nichols was uniquely equipped to handle the soaring vocals of the band first started by Stapleton. Though decidedly bluegrass in nature, the SteelDrivers are known for their more hard-driving, almost Southern rock style, with exceptional and outstepping vocals talents not always indicative of bluegrass. They’ve received great attention over the last couple of years due to the rise in popularity of Chris Stapleton.

Nichols himself has had his own dalliance with a major label career. Originally from Muscle Shoals and a friend of Jason Isbell, he was signed to Mercury Nashville in 2006, and released a number of singles, including “Unbroken Ground” which reached #39 on the Billboard Hot Country Songs chart. He eventually left the label without releasing a proper record.

When Adam Wakefield first emerged as a serious contender on The Voice, he immediately drew comparisons with Chris Stapleton from Saving Country Music and others for his more R&B approach to singing country songs, and his long hair and beard.

The SteelDrivers have been a very successful band in the bluegrass space since forming in 2005. In 2016, their record The Muscle Shoals Recordings was named Best Bluegrass Album by The Grammy Awards.