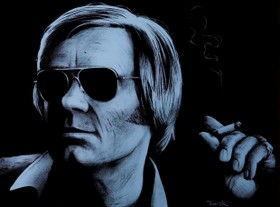 The George Jones Museum and Event Center is coming to downtown Nashville.

This is the news relayed from George’s widow, Nancy Jones, who announced today that she has spent $4.35 million on two pieces of adjacent property at 128 and 130 Second Ave. N. in Nashville that was the former home of the Graham Central Station nightclub complex. The property is right near the Cumberland River, and within walking distance of both the Country Music Hall of Fame, and the recently opened Johnny Cash museum. Early plans call for a 44,000 sq. ft. facility that would include event space, a music venue, restaurant, and gift shop, all to commemorate the legacy of country music legend George Jones who passed away on April 26th, 2013.

“We are overjoyed to share George’s legacy and memory with the Nashville community,” Nancy Jones said in a statement. “We hope that this will draw George’s friends and fans worldwide to our great city. George and I made this our home, and he would be happy to know that we found a home to continue his legacy in the heart of Music City.”

The three-story building that currently resides on the 1/4-acre lot was shut down in March by Nashville police after it was deemed to be a public nuisance because of “persistent criminal activity” according to The Tennessean. Called The Hooper Building, it has a 3rd floor rooftop patio that overlooks the Cumberland River and Nashville’s Riverfront Park. The building was originally built in 1924 and was owned previously by the Callen Trust. Nancy Jones is currently working with designers on how to move forward to reconfigure the space for the museum’s needs, and expects to have more information about what country music fans can expect from the new museum in the coming weeks and months.

The Johnny Cash Museum, which opened at 119 3rd Ave S in downtown Nashville in May of 2013, has been a great addition to the area. As Nashville has experienced dramatic growth over the last few years, many older and historic properties are getting bulldozed in favor of condominium complexes and other new developments. The George Jones museum will be another positive addition to downtown Nashville’s historic neighborhood.

The Hooper Building in downtown Nashville: