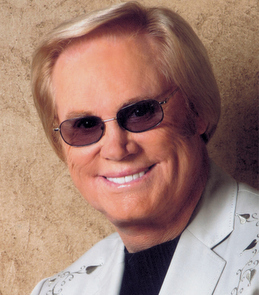 It was a year ago today that country music legend George Jones passed away due to Hypoxic Respiratory Failure at the age of 81. On Saturday, friends, fans, and family, including George’s widow Nancy, country star Larry Gatlin, and others gathered at the Woodlawn Cemetery on Thompson Lane in the Berry Hill portion of southern Nashville to honor George and to plant two Dogwood trees in his memory. The event was open to the public, and fans began to congregate early in the morning to witness the ceremony that transpired at 1:00 PM.

The two dogwoods were planted on either side of the “He Stopped Loving Her Today” monument that was unveiled at the Woodlawn Cemetery on November 18th, 2013. Members of George’s family did the honor of placing the trees and helping to fill the holes of the two Dogwoods. “This day is going to be bittersweet,” says Nancy Jones. “I know how much people loved George, and the love has continued even a year later. I am so fortunate for the friends and fans that George and I made through the years. I want everyone to come celebrate with us, not because he is no longer with us, but to keep his legacy alive.”

Nancy Jones, Larry Gatlin, and others spoke at the event, circled by gatherers who are still mourning the passing of one of the greatest country music artists of all time. A framed letter from the State of Tennessee Senate was also unveiled, and the ceremony culminated in the assembled crowd singing “Amazing Grace.” 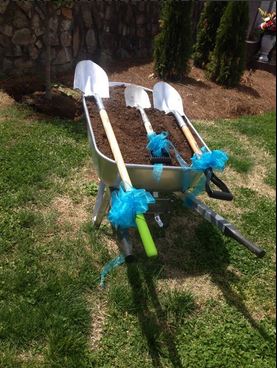 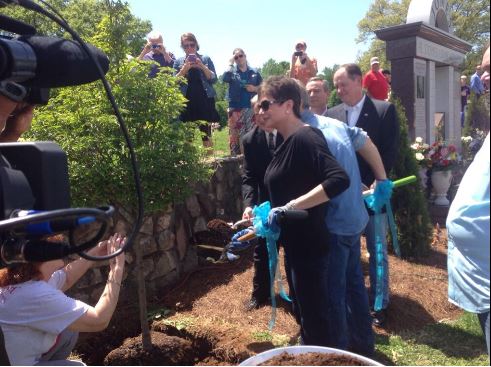