Girl Pukes on Dierks Bentley During “Drunk on a Plane” 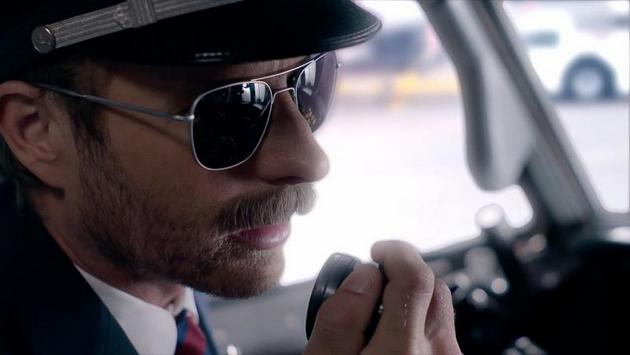 Country music in 2014, personified. Drunk, unruly, and making an ass of itself on stage.

Add to the list of stage falls, mass arrests, “mass casualty” events, performers getting beamed in the head with flying beer bottles, rape, and even death, we now have a woman hurling on Dierks Bentley, appropriately, as she’s singing along to his smash hit “Drunk on a Plane.” Jokes about paper bags in backseat pockets and the awkwardness of airline lavatories even seem a little too obvious here. This is just plain old life imitating art—except in country music in 2014, there’s never any consequences to seven days a week of endless partying.

The incident happened Thursday, November 13th at the GIANT Center in Hershey, PA as Dierks though it would be cute to bring some folks dressed as flight attendants out on the edge of the stage “runway” for a little singalong of his recent CMA Award-winning song. Unfortunately for Dierks, one of the flight attendants was concealing a gut full of ugly that wouldn’t be held back.

“Did that just happen?” someone squeals from the crowd. Yes. Yes, it just did. When the unexpected carry on liquid spilled, it sent the performance in a tailspin, but eventually Dierks rallied, saying, “They all know why she’s puking up on the stage.” Maybe because she’s really, really drunk (though some reports say it had less to do with drunkedness, and more to do with stage fright). Then Dierks calls for “Cleanup on aisle six.” It also appears like the vomit incident on stage stimulated some others to lose their lunch in the crowd, which is known to happen.

Yuck it up, fuzzballs.