Giving Waylon Jennings The Legacy Era He Never Had 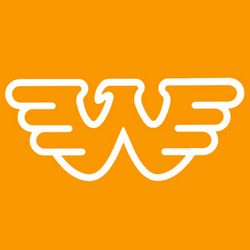 One thing that sets country music apart from many other genres is that it’s like a family. Unlike hip hop and pop where many times aging acts are tossed aside for what’s new, in country music the artists grow old with their fans, and the genre. Or at least that’s the way it’s supposed to be.

The “legacy act” as it is often referred to is a staple of country music: the elder statesman or stateswoman whose arena tours and radio play are long since gone, but the respect and attention from core country music fans still remains strong. In the twilight of their careers, many of country’s biggest stars of the past are rewarded with the rekindling of attention and accolades.

But unfortunately Waylon Jennings was never awarded a traditional legacy era. Passing 10 years ago from complications with diabetes at 64, Waylon never had a chance to fulfill that elder statesman role in country music in a similar way his fellow Highwayman Johnny Cash did with the re-emergence of his career in the mid-90’s, or as another Highwayman Willie Nelson does today. What might have been the beginning of Waylon’s legacy era in the early 90’s was abridged by the genre’s obsession with Garth Brooks and the ushering in of “young country”, which seemed little interested in keeping country music’s legacy strong or alive.

Even Waylon’s death had to struggle for attention as the United States was in the upheaval following 9/11. The news on February 13th, 2002 had to battle with news from the War in Afghanistan, and the debate of the possibility of opening up a new front in Iraq. And even in the years before his death, Waylon’s diabetes and health problems kept his performing abilities limited.

Waylon Jennings’ legacy in country music is firmly cemented, but he never received the proper legacy era his storied country music career deserved. There still might be a chance for one however. With a treasure trove of songs and albums, with a mythos and legacy and image that is timeless and rife to be renewed by young fans looking for authenticity and substance, a Waylon posthumous legacy era seems well within reach, if not a given.

What would it take? A lot of big things, and a lot of small things. This week it was announced that a new Waylon album tentatively titled Goin’ Down The Road Rockin’: The Final Recordings will be released sometime this year. It will feature 8 unreleased tracks recorded at steel guitarist Robby Turner’s studio before Waylon’s death.

“The Waylon Fund” Set Up for Diabetes Research

The release will be part of a bigger effort by the Jennings estate to re-ignite Waylon’s legacy, which according to Waylon’s son Shooter, will include a new line of clothing and memorabilia, and hopefully a biopic in the vein of Johnny Cash’s Walk The Line. “There will be Waylon shirts next to the Cash shirts at Hot Topic, and our shirts will be cooler,” Shooter said jokingly to the Associated Press. “I do feel like it’s time for him to have a presence. It should have been before, but I don’t think anybody was ready to take it on. I certainly wasn’t. I know this year we’re about to bring him back, you know what I mean?”

Certainly a renewed push from the Waylon estate can help give Waymore the legacy era he never had, but so can a parallel push from his fans. The flying “W”, the leather-clad guitar, the legendary career of a man larger than life will be an easy sell to anyone with an open heart, and a yearning for something real. It’s just up to us all to push it.