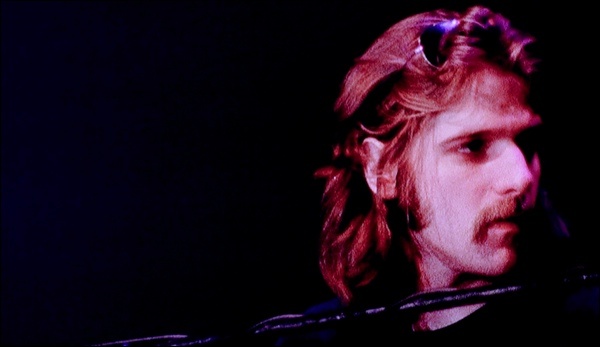 Love them, hate them, evoke the strong opinions of the Coen Brothers’ fictional character Jeff “The Dude” Lebowski all you want, but Glen Frey and The Eagles turned millions of music fans from all around the world into country music listeners through the evocative power of simple, universal sentiments bathed in twangy tones, however filed off the edges may have been, or however commercially successful the pursuit ultimately was.

Founding member, guitarist, singer, and songwriter for the Eagles Glenn Frey passed away on Monday, January 18th in New York City, leaving a music world reeling after a stretch in 2016 that has already claimed numerous titans of popular music. Complications from Rheumatoid Arthritis, Acute Ulcerative Colitis, and Pneumonia had recently forced The Eagles to postpone their appearance at the Kennedy Center Honors where the band was set to be recognized, but few knew the degree of health issues Glenn Frey was suffering from. He was 67-years-old.

If you want to know just how influenced The Eagles were by country music, you don’t have to go any further than Eagles drummer Don Henley’s recent solo album Cass County. What first appeared as a potential move by the aging rocker to find support for a dwindling career by moving in the direction of country like so many pop and rock performers, it turned out to be one of 2015’s best offerings, and one of the most authentically country. The singer and songwriter remembered Glenn Frey in a poignant letter posted shortly after his passing.

“He was like a brother to me; we were family, and like most families, there was some dysfunction. But, the bond we forged 45 years ago was never broken, even during the 14 years that the Eagles were dissolved. We were two young men who made the pilgrimage to Los Angeles with the same dream: to make our mark in the music industry — and with perseverance, a deep love of music, our alliance with other great musicians and our manager, Irving Azoff, we built something that has lasted longer than anyone could have dreamed.

But, Glenn was the one who started it all. He was the spark plug, the man with the plan. He had an encyclopedic knowledge of popular music and a work ethic that wouldn’t quit. He was funny, bullheaded, mercurial, generous, deeply talented and driven. He loved is wife and kids more than anything. We are all in a state of shock, disbelief and profound sorrow. We brought our two-year ‘History of the Eagles Tour’ to a triumphant close at the end of July and now he is gone. I’m not sure I believe in fate, but I know that crossing paths with Glenn Lewis Frey in 1970 changed my life forever, and it eventually had an impact on the lives of millions of other people all over the planet. It will be very strange going forward in a world without him in it. But, I will be grateful, every day, that he was in my life. Rest in peace, my brother. You did what you set out to do, and then some.”

As polarizing as The Eagles have been to country fans, and music fans in general over the years—including some who saw the band as the bastardization of everything great about country music—Glenn Frey was the band’s most polarizing figure of all. His rapaciousness for dealing with the business affairs of the band, especially with past members like guitarist Don Felder, gave him the reputation of a “money first, then music” musician. But what Glenn possessed was the ability to take music that meant something to millions of people, and make sure they heard it, turning the Eagles into arguably the most successful and important band in the history of American music.

When Gram Parsons passed away in 1973, the movement to turn young baby boomer rock fans into rock solid country listeners was in limbo. To the flower power generation, country music was the music for the silent majority and the conservative mindset. Reports say that Gram scoffed at the Eagles as softer, fluffier version of what he’d tried to do with The Byrds, The Flying Burrito Brothers, and eventually as a solo artist. But it was the balance of musical passion and business acumen that allowed the Eagles to take mantle of making country music cool, and made it a reality.

How many millions of fans first heard a steel guitar or the twang indicative of a Telecaster from an Eagles song, or heard the old bluegrass tune “Midnight Flyer” on their album On The Border, and immediately went searching for something similar? And as the backing band for Linda Ronstadt during her early country days, the Eagles were right there when rock and country were becoming intertwined to make a hybrid sound that appealed to people’s historical perspectives on American music, and their modern sensibilities.

The Eagles were seminal to the onset of country music’s Outlaw movement of the mid 70’s. By making country music cool to listen to, it put country rockers like Waylon Jennings and Willie Nelson in a prime position to deliver the authenticity the American music public was yearning for. And when country music’s “Class of ’89” took the stage—represented by artists like Garth Brooks, Clint Black, and Alan Jackson—it paralleled a resurgence of interest in the music of the Eagles, who helped set the stage for the “young country” sound. It was during this era when the Eagles’ Their Greatest Hits (19711975) surpassed Michael Jackson’s Thriller as the best-selling American album of all time.

Appeal for the music of the Eagles crosses generations, and crosses genres. And without a figure like Glenn Frey, country music, and the influence of country in rock, arguably would have never risen to become the ultimate, definable sound of all American music.

Great music takes dreamers, but it also takes doers. Glenn Frey was both.