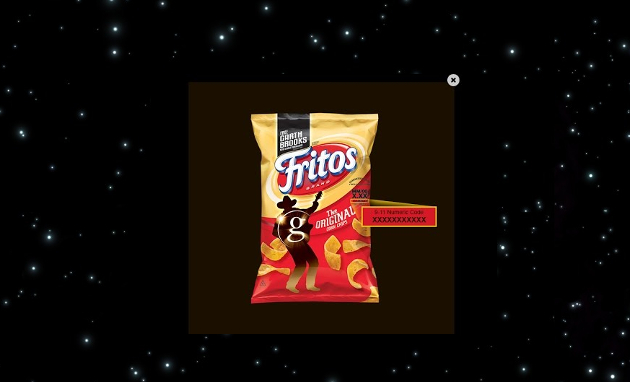 Garth Brooks, take your free tickets to the Auditorium Shores stage and your Frito bags with your damn brand on them, and go back to Oklahoma and roll around naked in your massive, massive piles of money. You don’t belong at South By Southwest.

Don’t get me wrong, I count myself as a Garth Brooks apologist. Like any good ol’ country music fan, sure I hated his ass when he was flying over stadium crowds on wires like Sandy Duncan and solidifying his place as country music’s preeminent sellout in the way he commercialized the genre like never before, not to mention that whole weird-ass Chris Gaines thing. But if you go back and listen to those old Garth Brooks songs like “Much Too Young (Too Feel This Damn Old),” “Unanswered Prayers,” or even more contemporary-sounding stuff like “The Dance” and think it ain’t country, well then I would take serious question with the notion of you considering yourself a country music fan. Garth baggage aside, those songs are timeless.

But there is absolutely nothing about Garth Brooks that is in any way an embodiment of the independent music spirit that is supposed to be at the heart of SXSW. He is the diametric opposite of everything symbolized by the independent music entities of the industry coming together to celebrate music, and networking with fellow, like-minded misfits. And his current music sucks.

I laugh at this idea that has been floated out there this year that somehow SXSW is turning a page. There was a story in Billboard about how less corporate brands are showing up this year. Yet I’m still seeing McDonald’s and Nissan as A-list sponsors, and the streets of Austin flooded with marketers. Saying there’s less marketing at this year’s SXSW is a marketing ploy in itself. Booking Garth Brooks as your keynote speaker is a perfect example. The brands are still here, they’re just finally starting to figure out that setting up a massive stage in the middle of 6th Street and booking The Chainsmokers isn’t effective. They have to be more underhanded about it, attempt to blend in with the hipsters and more nonchalant peddle their worthless shit to you. The Billboard article actually spells that out.

Garth Brooks is using SXSW for street cred just as other artists have done in the past, and SXSW is using Garth for attention. Do you think it’s coincidence that the day before he delivers his keynote, Garth announces that he’s going to be headlining the Houston Rodeo twice in 2018? Why would you be announcing something like that now? The current Houston Rodeo season isn’t even in the books. The story should be about how this year independent Texas artists Aaron Watson and Cody Johnson drew huge crowds, and Chris Stapleton had one of the biggest shows of all. But then here comes Garth, sensing all this attention being trained on the Houston Rodeo at the moment, and figures out how to make it all about himself before he takes the 3 hour trip to Austin to do the same thing at SXSW. The dude is a total attention whore.

I knew the emphasis from marketing hadn’t shifted from SXSW when I called up the Austin Police Department to get the details of an artist getting robbed and shot in east Austin late last week. The very first words out of the Public Information Officer’s mouth were, “This has nothing to do with SXSW.” So wait, you have a gang of armed madmen jumping out of bushes in East Austin—an area frequented by SXSW goers—to rob people coming home from late night shows, wielding pistols and an AR-15 and proving a propensity to shoot to kill if necessary, and this isn’t something that has to do with SXSW? Sure it didn’t happen right inside a SXSW venue, but it shows that even in the local police office, there is an attempt to make sure that nothing stands between Austin and the pumping of dollars into the local economy by advertisers and tourists, even if it means a wanton disregard for quality of life in the city or even public safety. The attempted murderers are still on the loose, buy the way. Perhaps that’s just as important of a story as free Garth Brooks tickets to his SXSW show.

Actually, scrap everything I said at the beginning. Scrap the entire premise of this article. Garth Brooks is perfect as the SXSW keynote speaker and main stage headliner. Who else to set a shining example of unlocking corporate brand synergies and product placement in music than Garth? He is damn near ideal to drive that message home.