Go See The Crooks Before They Call It Quits Dammit 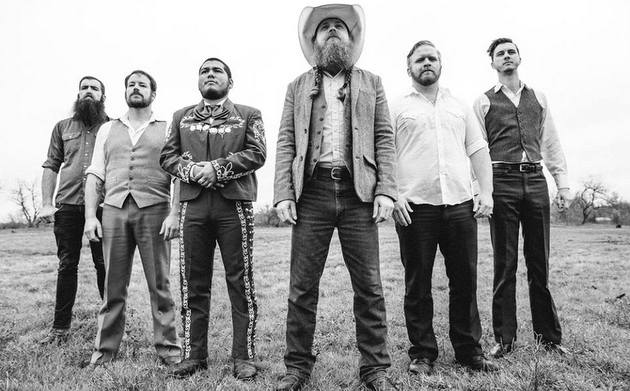 For the past few years, if you truly wanted to get a snoot full of an authentic Texas country experience, you sought out a show from the Austin-based country-fried Outlaw Conjunto band called the Crooks. Originally formed as a two piece in 2007 around the songs of frontman Josh Mazour, over the years it has slowly morphed into one of the coolest live country music experiences you can find, combining the songwriting style of Billy Joe Shaver with the tamale traditions of Texas culture indicative of Doug Sahm, the Texas Tornadoes and others. It’s Waylon with trumpet and accordion, if you will. The Crooks were the last of a dying breed that saw the value of keeping Hispanic traditions alive in country for a new generation. And they’re about to be no more.

“Thank you all for the incredible amount of support you have shown our band throughout the past few years. We are truly lucky to have had the amazing opportunity to do what we do, meet so many great people, and burn the tires off our van, over and over again,” the band began a statement on Monday (11-9), and you knew what was coming next would not be good.

“This has been the ride of our lives, and the memories we’ve made can’t be bought. But the time has come for us to work on our individual projects away from Crooks. Sadly, but proudly, we are announcing our last shows. We will be playing all scheduled shows through February of 2016, and plan to throw a big goodbye blowout party in Austin mid Feb (TBA).”

The Crooks really caught fire somewhere around 2011, and KUT-FM in Austin named them the “Austin artist most likely to score big in 2012.” The country Conjunto thing was a space ripe for someone to slide right into, and that’s what the Crooks did, bringing a young enthusiasm to the music while earning the respect of the Austin Conjunto community that remains alive and kicking every Sunday afternoon at the city’s White Horse Saloon on the east side.

However the energy and enthusiasm their music exhibited live is not always something that is easy to translate into the studio. The band just released a new album Wildfire on July 10th, and though it’s an effort they should be proud of, perhaps outside of certain circles, it’s just not something folks can figure out without seeing it live first. Like so many cool Austin bands, the Crooks were the reason the city remains the Live Music Capital, but outside of the loving confines of central Texas, it can be a struggle. But it’s not over just yet.

“This is no time to be emotional,” the band assured. “Pull yourselves together! We have beer to drink! We plan on making every last show the best party we can. So check our calendar, come on out to see us, and help us to celebrate what we’ve worked so hard on throughout the years: great music, better friendships, and good times!”

So if you happen to be in the path of their final tour, it wouldn’t be a terrible idea to call in sick to work, book a babysitter, or do what you got to do to make sure you check these guys out before they’re no more. It might help if you live in Texas too. And hopefully we see their shining faces in some other projects down the road.