Gogi Grant, The Queen of “The Wayward Wind,” Has Passed Away 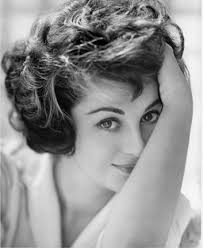 Gogi Grant, best known for recording the classic American standard “The Wayward Wind,” has passed away according to her son Joshua Beckett. She was 91-years-old.

Gogi Grant was an Americana popular singer who was born in Philadelphia and moved to Los Angeles when she was 12-years-old. Though she would record numerous hit songs during the 1950’s, including her first Top 10 hit “Suddenly There’s A Valley” in 1955, and “When The Tide Is High,” “Who Are We,” and “You’re In Love” in 1956, it was her performance of “The Wayward Wind” written by Stanley Lebowski and Herb Newman that turned the song into an iconic American song.

After releasing “The Wayward Wind” and hitting #1 with it in 1956, the song went on to be covered by an incredible list of American country and pop artists, including:

When “The Wayward Wind” took Billboard‘s #1 spot, it remained there for eight weeks, which was a record at the time. It went on to sell over a million copies, and Gogi was voted as the most popular female vocalist by Billboard. Grant’s version of the song also returned to the Billboard 100 in 1961. The song was also a hit in the U.K.

Born Myrtle Audrey Arinsberg on September 20, 1924, she attended Venice High School in California. She was working as an automobile salesman in the early 50’s when she began recording music, performing under the names “Audrey Brown” and “Audrey Grant” at the beginning, but then changing her name at the behest of Dave Kapp of RCA Records, who apparently enjoyed eating at a restaurant called “Gogi’s LaRue.”

After achieving numerous hits in 1956, Gogi began working in the film industry as well, supplying the vocals for The Helen Morgan Story, and starring in The Big Beat from 1957. Grant also married lawyer Robert Rifkind in 1959. Though she continued to record and release singles throughout the 60’s, Grant’s popularity decline. Her last charting single was “The Sea” in 1967. She would occasionally perform on PBS specials highlighting 50’s pop music, singing “The Wayward Wind.”

Gogi Grant’s impact on American music was short, but it was deep. She came from a time when one song would reverberate throughout American culture and beyond, and “The Wayward Wind” is still a favorite of classic country and pop bands and artists today.