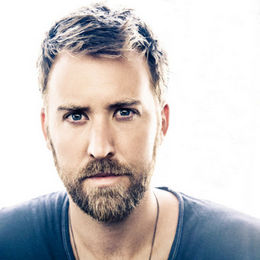 Charles Kelley of Lady Antebellum received some happy news on Monday (12-7) after it was announced his debut solo single “The Driver” was bestowed a nomination in the 59th Grammy Awards for Best Country Duo or Group Performance. The song also features Eric Paslay and Dierks Bentley. It seemed like a somewhat strange entry in the category, seeing how “The Driver” was released fairly recently, and really hasn’t gained any traction just yet, but it was still a proud moment for the singer.

“The Driver” was officially released to the public on September 28th, sliding in only two days before the Grammy eligibility deadline of September 30th. The late entry may have benefited Kelley in the end, making the song top-of-mind as Grammy voters were filling out their selections. The sparse, sedated production has been well-received by many mainstream critics.

However in the greater public, “The Driver” has struggled mightily. The song has not reached the Top 40 on Billboard’s Hot Country Songs chart, and is outside the Top 50 on country radio. And that may be just where the struggles for Charles Kelley’s solo career begin.

Along with the single, a Charles Kelley solo tour was announced with much fanfare. The public was assured Lady Antebellum wasn’t breaking up, but Kelley would not be joining them on the “extended hiatus.” A 22-date tour of large clubs and small theaters was booked and announced in October. At the time, Kelley bragged how he wanted to get out among the people, play smaller rooms, smell the beer spilled on the floor, and enjoy the experience.

“I’m not going to make a dime,” Kelley told Rolling Stone. “It’s funny, my business manager called me up and she goes, ‘I hear you want to take two tour buses out.’ I said, ‘Yeah, there’s gonna be 12 people and one tour bus is gonna be kinda tough.’ And she goes, ‘Well you know you’re not going to make any money.’ I said, ‘I don’t care. I’m doing this to feed the soul.'”

But there may not be much soul feeding in store.

It appears most, if not all but one or two of the dates on the 22-date Charles Kelley tour have been either canceled, or delayed to future times. Kelley did play the Gramercy Theatre in New York on December 1st, but shows on December 3rd at the Fillmore in Charlotte, NC, and December 5th at the Tabernacle in Atlanta we canceled unexpectedly mere days before the shows. And now all the shows on the solo tour appear to be canceled, though no official explanation has been made available to the public. Where once the dates stretching into late January were displayed on Kelley’s website, it now says,

A portion of upcoming tour dates is moving to early 2016. For more information on rescheduled dates, check back here. Thanks for your continued support. Stay tuned for major album release news coming soon!

Maren Morris, who was scheduled to open for Kelley on the tour, told the Dallas Observer on Monday (12-7) that the tour was canceled, but that’s about the only indication the public has received about the status of “The Driver” tour. Kelley did play a show Monday night at the North Charleston Coliseum, but it was with Darius Rucker and Craig Campbell as part of a “Concert for the Kids” charity event.

Despite the Grammy love, Charles Kelley’s solo career might be the case of another failed single, and another rolled back rollout due to the lack of momentum. In 2015, we’ve seen this with Gary Allan, Scotty McCreery, Joe Nichols, Josh Turner, and numerous other artists.