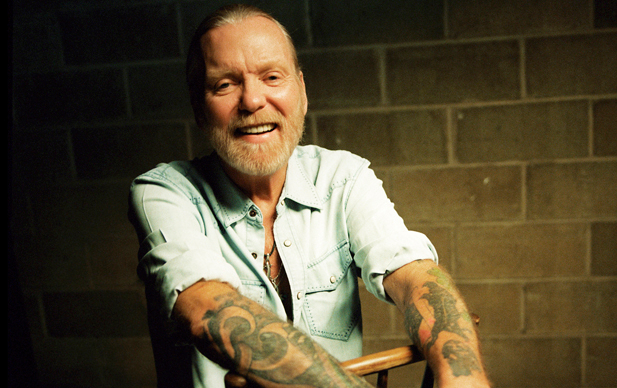 Gregg Allman, a towering pioneer of Southern rock, roots jazz, blues and country, has died at the age of 69. Allman had been recently suffering from numerous health ailments, including a diagnosis of hepatitis C in 1999, and he underwent a liver transplant in 2010. Earlier in 2017, Allman had canceled all tour dates due to health concerns. He passed away peacefully at his home.

Along with his brother Duane who died tragically in a motorcycle accident in 1971, Gregg Allman fronted one of the most pioneering bands in American music history, straddling the lines between rock, improvisational jazz, blues, and country roots. His death leaves a gaping hole in the Southern rock and American roots scene.

Gregg Allman is a member of the Rock and Roll Hall of Fame, and is the owner of multiple Grammy Awards. He was primarily known as a keyboardist, but also played guitar, was an accomplished songwriter, and was once named #70 on Rolling Stones’ “100 Greatest Singers of All Time.”

Born Gregory LeNoir Allman at St. Thomas Hospital on December 8, 1947 in Nashville, Tennessee, his family would eventually relocate to Daytona Beach, Florida, where he worked as a paperboy to afford a Sears Silvertone guitar that he shared with brother Duane. His first band was formed at a local YMCA, called the “Y Teens,” and later he formed The Shufflers with Duane, and eventually The Escorts, which the brothers considered their first real band. This would be the beginning of a long and storied career in music.

The Escorts eventually became the Allman Joys, and after numerous residencies in gulf cities such as Mobile, Alabama, and Pensacola Florida, they made some early recordings in Nashville. But it was a move to Macon, Georgia in the late 60’s, the band’s experimentation with psychedelics, and Gregg Allman’s move into the role as songwriter that would eventually put The Allman Brothers on the map.

Gregg Allman kept The Allman Brothers going through decades of tragedy, and success. Though the band’s first few albums on Capricorn Records did not sell well, when they determined to bring the magic they evoked on the stage to the recorded context on At Fillmore East, it launched the band into the national, and international consciousness. Unfortunately, the 1971 record would be the last release to include Gregg’s brother Duane full time. Duane died in a motorcycle accident on October 29th, 1971. The next year, the band’s bassist would die in a motorcycle accident as well. Butch Trucks, the drummer of The Allman Brothers, died in a suicide earlier in 2017.

Gregg Allman did his best to keep the musical memory of his bandmates alive, and the legacy of The Allman Brothers moving forward. Over the years, the band would become a proving ground for Southern rock, blues, and jam band musicians including Derek Trucks (son of Butch Trucks), Warren Haynes, Chuck Leavell, and many more. Guitarist Dickey Betts would become a star in his own right, as The Allman Brothers outfit earned respect across the board from musicians from a mix of genres.

Gregg Allman also had an accomplished solo career with the Gregg Allman Band that he would tour with during downtime and hiatuses in The Allman Brothers. Gregg even had a solo hit in 1987 with the song “I’m No Angel.” Later in life he was considered an elder statesman of jam band and roots music, regularly making appearances with other artists, at award shows, and in speaking engagements.

The Allman Brothers Band performed their final show on October 28, 2014 at the Beacon Theatre in New York, but for the many fans who have followed the outfit through its trials and tribulations, they knew to never call it the end as long as Gregg Allman was still around. Now, the “Mountain Jam” has finally come to an end after an extended, storied, inspiring, and influential performance.