Guy Clark’s Ashes to be Incorporated Into a Sculpture 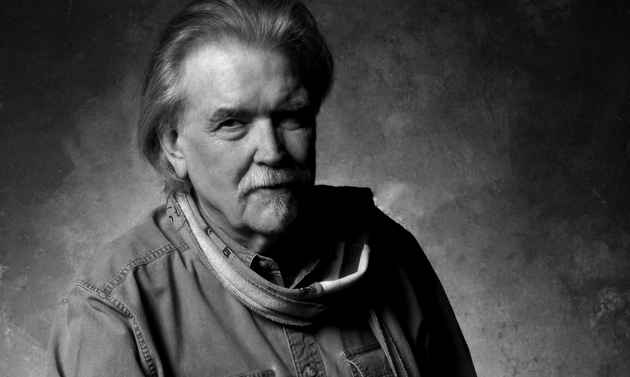 Legendary country music songwriter Guy Clark passed away on May 17th after a long battle with numerous health ailments, and now it has finally been revealed how he will be forever remembered by friends, fans and family: his ashes are being incorporated into a sculpture to be formed by fellow Texas songwriter Terry Allen.

“I think that would be so fucking cool,” Guy said at the time he made the decision.

“Sure, leave me with a job to do,” was Terry Allen’s response.

Clark’s biographer and documentarian Tamara Saviano revealed the plans and how Guy Clark’s close friends remembered the songwriter on Saturday evening (5-28). She also revealed that the 74-year-old had been suffering from lymphoma, heart disease, diabetes, bladder cancer, and other health issues before his death, and was living in a nursing home near the end. “In the last months, he had become thin and frail,” Saviano says, but Guy was still able to keep up the fight for longer than they originally expected, and eventually was able to return home to be around his books, art, and music in his final days.

A remembrance and wake for Guy Clark lasted for two days, and spanned numerous states. It started in Nashville where Guy passed away, and ended in Santa Fe on May 25th where his ashes were delivered to Terry Allen. Numerous country music personalities and songwriters who were close friends of Clark attended the cross-country remembrance.

“In the days after his death, Guy’s closest friends pulled together a plan to honor his wishes,” Tamara Saviano says. “Jim McGuire hosted a wake—a typical Guy Clark picking party, one of many that took place at McGuire’s studio over the years. Guy’s family and Nashville friends gathered around an altar on which we’d placed his ashes, his old boots, and our favorite picture of him, and we took turns playing Guy Clark songs. At the end of the night, Verlon led a chorus of ‘Old Friends’ that knocked the wind out of the room. At midnight, Verlon, Shawn, McGuire, Rodney Crowell, Steve Earle, Guy’s son, Travis, his caregiver, Joy, and I boarded a tour bus in Nashville that would take us—and Guy—to Santa Fe and Terry Allen. Guy’s last road trip.”

In Santa Fe, more friends and family were waiting.

“We arrived in Santa Fe in time for dinner on Wednesday, May 25. Terry, his wife, Jo Harvey, and their son, Bukka, hosted another wake. Emmylou Harris, Vince Gill, Lyle Lovett, his partner, April Kimble, Robert Earl and Kathleen Keen, Joe and Sharon Ely, their daughter, Marie, and Jack Ingram flew in from all parts to be there. We set up another altar, gathered around and told more Guy stories.”

During his career, Guy Clark wrote songs for Johnny Cash, George Strait, Alan Jackson, Ricky Skaggs, Vince Gill, The Highwaymen, Jerry Jeff Walker, David Allan Coe, and even current stars like Brad Paisley. Ricky Skaggs had a #1 hit with the Guy Clark song “Heartbroke.” Steve Wariner had a #1 hit with the Guy Clark song “Baby I’m Yours.” Guy co-wrote “She’s Crazy for Leavin’” with Rodney Crowell, which also became a #1 hit. And Guy’s “Desperados Waiting On A Train” was one of the marquee songs for the country music supergroup The Highwaymen.

Though one of Guy’s songs says, “Susanna, oh Susanna, when it comes my time, won’t you bury me south of that Red River line,” it will be in a more special and unique way that Guy Clark will be laid to rest. “Guy Clark does not fit in a box,” says Tamara Saviano.

The biography on Guy Clark’s life is expected to be released in October.