Trigger Down with Pop Country 44 Comments 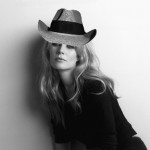 That’s right folks. On the weakness of the universally-panned and box office flopping movie “Country Strong”, Gweyneth Paltrow has decided to “Go Country”, openly shopping for record labels. Paltrow played a post-reheb pop country starlet in the movie, and has performed the title track “Country Strong” at award shows.

When Gwyneth’s role in the movie was first announced, and the song “Country Strong” was released to radio, I chastised people for saying she was “Going Country” then. Actors act, and simply playing a country role in a movie is that and that only. But apparently on the red carpet at last week’s Oscars ceremony, Gwyneth let it be know she is actively pursuing a country career. From The Post:

Gwyneth Paltrow…is in advanced talks with Atlantic Records. The Oscar-winning actress is poised to sign a contract with the Warner Music-owned label to produce a country album following her starring role in “Country Strong.”

“Gwyneth’s agents have been talking to a number of labels about landing her a substantial record deal. Those who have heard the music say it’s country pop. Many labels would be reluctant to give a deal to a star whose first priority is film, but in recent weeks there have been discussions with Atlantic.”

Paltrow recently said she was discussing possible contracts with several labels, and said on the Oscars red carpet, “We’re talking about it now. So we’ll see.” While some music critics were not bowled over by her performances, Gwyneth has big aspirations. She’d like to record with Jay-Z, a close friend of her and (Chris) Martin (her husband, frontman of Coldplay). She added during red-carpet interviews, “I think we’d be a good combination.”

Jay-Z? Country? My mono-genre alerts are sounding for sure.

We’ll see where this all leads. Just because Gwyneth wants to “Go Country” does not mean she’ll stick. Actors heading into country have had very mixed results in the past. As pliable as the mainstream country fan is, there does seem to be a line they are unwilling to cross. When Jessica Simpson went country, she found poor reception, sometimes being booed on stage. Another factor when millionaire stars want to give country a go, is they are usually unwilling and unable to do the dirty work to create a sustainable fan base and grow slowly with their music. If they cannot pack very large venues to support expensive tour infrastructure and create 7-figure revenue streams, the projects are usually scrapped.

We’ll see where this Gweyneth Paltrow country foray goes, but make no mistake, Saving Country Music will make sure to be on top of it. We’ve been through this drill before. What are the first things to look for? 1) A statement that Gwyneth has always been a fan of country, and has been listening since she was a little girl. 2) An endorsement/duet from a legacy, established Nashville artist.

The Daily Beast did an article a while back called Gwyneth Paltrow & The Rise of the Country Music Carpetbagger that your own lovable, huggable Triggerman was interviewed in.

Meanwhile Paltrow’s “Country Strong” co-star, perfume magnate Tim McGraw, released a video statement about Gwyneth’s potential country career that he said would help clear up some of the speculation.

Thanks to ninebullets.net for the heads up on this story.