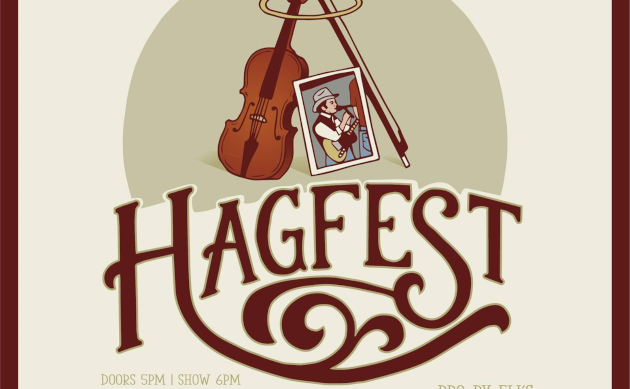 When Merle Haggard passed away on his 79th birthday, April 6th, 2016, it left a gaping hole in country music, and a gaping hole in the hearts of his fans. In the years afterwards, fans of the Hag have gathered in bars and clubs on April 6th across the country to pay tribute to the country music legend in song, with one of the biggest being Hagfest held at the Southgate House Revival in Newport, Kentucky.

Within driving distance for Haggard fans from Ohio, to Indiana, to Western Pennsylvania and Tennessee, the 2019 Hagfest has an especially stacked lineup that will take the stage at the historic Southgate House church, including Otis Williams and the Midnight Cowboys, Telecaster legend Bill Kirchen of Commander Cody, fast rising country revivalist Jaime Wyatt (who covered “Misery & Gin” on her brilliant debut), Josh Morningstar who recently received national press for writing “Must Be The Whiskey” for Cody Jinks, Joey Allcorn who is back in the game after a long hiatus, and many more.

Hagfest is one of those local events that has a national impact. It is organized each year by Joe Macheret of The Tillers and Joe’s Truck Stop, with proceeds benefiting the Appalachian Prison Book Project, something we know Merle Haggard would definitely approve of. Doors open at 5, the show is at 6, and there will be BBQ on site from Eli’s. Falling on a Saturday this year makes the event especially accessible for people outside of the greater Cincinnati area. 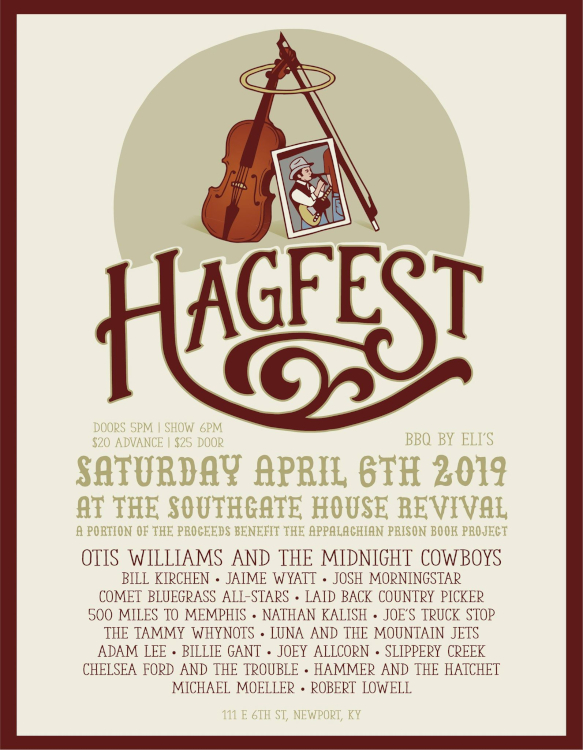