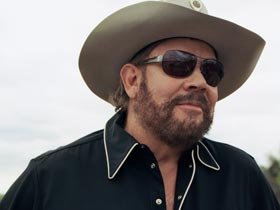 “Country music singers have always been a real close family and today the Nash Icon family has added me as a new member. I have done shows with Ronnie Dunn, recorded a hit record with Reba and absolutely love Martina McBride,” said Hank Jr. “I am writing songs better than ever and am signed with a label that is already making history ”¦ it’s an exciting time!”

Williams is signing with the label to release what will be his 37th album, and a follow up to 2012’s Old School New Rules. Hank Jr. was a long-time recording artist for Curb Records before leaving the label in 2009. He joins Tim McGraw as a disgruntled Curb artist now working under the auspices of Big Machine CEO Scott Borchetta.

Hank Williams Jr. was once a commercial powerhouse in country music, selling over 70 million records, and winning two CMA Entertainer of the Year awards in the 1980’s. He also carries the most revered name in country music.

Rumors began to swirl that Hank Jr. could be the next member of the NASH Icon family after he started wearing a hat with the word “ICON” stamped in gold letters on the front. He also was a surprise last minute addition to the lineup of December’s American Country Countdown Awards which Cumulus Media and Big Machine were a significant part of.

In recent years, Hank Jr. has been known to only perform around 15 to 20 shows a year, and his once frenetic album output has slowed significantly. As the oldest, and arguably most venerable member of the NASH Icon roster, it will be interesting to see just what type of revitalization NASH Icon brings to his career.