Has The Tide Turned For Country Truck Songs? 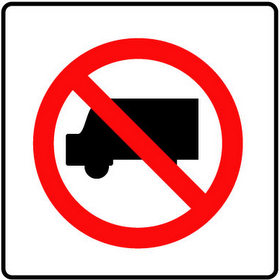 “This is Luke Wheeler audience. If you’re not singing about beer or trucks, they don’t want to hear about it.” — Character Deacon Claybourne on the last episode of ABC’s drama Nashville.

Remember back in the 80’s and 90’s when the big stereotype about country music was that it was all about losing your job, your spouse leaving you, your truck breaking down, and your dog dying? Well now there’s a new set of negative stereotypes being engraved in the face of country music. With so many mainstream male artists drinking from the same well of lyrical themes and using the same select few songwriters, songs about beer and trucks are becoming our generation’s vilified country caricature.

For a few years now, distinguishing country music listeners have been sounding the alarm about laundry list/checklist songs and how their repetitiveness and permeation of the format could lead to burnout. But unwavering, their numbers have increased and their chart performance has improved as the demographics of country music shift away from its traditional audience. But like most trends and fads, especially ones that swap sustainability for the sugar rush of here-and-now success, country’s tailgate, truck, and beer songs could be reaching a critical mass point.

Much of country music’s recent criticism from artists has centered around the beer and truck thread.

Kacey Musgraves when asked what trend needed to die out, she said, “Anyone singing about trucks, in any form, in any song, anywhere. Literally just stop nobody cares! It’s not fun to listen to.”

Zac Brown said, “If I hear one more tailgate in the moonlight, daisy duke song, I’m gonna throw up.”

And Jake Owen said, “We need more songs than just songs about tailgates and fuckin’ cups and Bacardi.”

Yes, artists like Zac Brown and Jake Owen might be hypocrites for criticizing songs that are similar to ones they’ve released themselves, but at the same time their words may even hold more weight than some traditionalist who may just come across as bitter. Hatred for truck songs has permeated the highest ranks of country stars, and as the quote from ABC’s Nashville at the top of this page illustrates, it is also becoming institutionalized in culture. Multiple stories have ran in major publications about what is being labeled by some as the “bro country” phenomenon, allowing the knowledge (and disgust) for the truck song trend to reach outside the confines of countrydom to casual music listeners.

Then you take a look at the charts where a few months ago beer & trucks songs were dominating the top spots, and we’re beginning to see some churning and turnaround. Two truck songs, Florida-Georgia Line’s “Cruise” and Luke Bryan’s “That’s My Kind of Night” positively dominated the #1 spots on Billboard’s Country Hot 100 for the majority of 2013, but right now sitting at the top is the Keith Urban / Miranda Lambert duet “We Were Us,” making for the first time a woman has seen the top of the charts in months, with a song that bucks the trend of starting out with a hip-hop beat, and instead builds out from an acoustic rhythm. Taylor Swift also cracks the Top 5 with “Red,” and even even the Florida Georgia Line #4 entry “Stay” is a much more subdued track that focuses more on story compared to their laundry list anthems “Cruise” and “Shine On.”

Even more importantly is what country music has coming up for 2014. Where 2013 was heavy with releases from truck song titans like Luke Bryan, Jason Aldean, and Blake Shelton, the two biggest releases slated for country in 2014 are Taylor Swift, and a much anticipated new album from Eric Church. When Church released his latest single “The Outsiders,” he couldn’t have struck a more discordant tune to the truck song trend. Say what you will about Eric Church or “The Outsiders” specifically, but the song was a gorilla-like chest-pounding announcement from Church to not expect him to pander to the truck song formula. Though “The Outsiders” has pulled back in popularity from its bellicose debut, Eric Church’s new album may just be the monster to chase away the country truck trend.

Time will tell if we are beginning to see the erosion or burnout of country truck songs, and if so if it will usher in a new trend of more story-based music or something even more awful. But with the weight of public opinion swelling against them, it’s hard to see this trend lasting much longer.