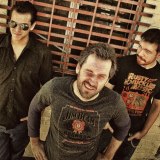 Reno, Nevada’s Hellbound Glory with be touring with Kid Rock on his “Rebel Soul” tour to transpire at the very start of 2013, trekking through the Midwest and South. Buckcherry will also be playing in a supporting role. From press release:

Kid Rock is proud to announce the first dates of his “Rebel Soul” worldwide tour in support of his recently released album bearing the same name.  The tour kicks off February 2nd at the Sprint Center in Kansas City, MO with the first leg winding down March 2nd in Louisville, KY.  More dates are expected to be announced shortly.  Backed as always by his Twisted Brown Trucker band, the full-scale arena tour will feature Buckcherry and Hellbound Glory as support.

Leroy Virgil, the frontman of Hellbound Glory is one of country music’s best kept secrets in regards to songwriting. The band first rubbed elbows with Kid Rock on his “Chillin The Most” cruise down in Florida last March.

As for my personal thoughts? I think there’s no mistaking I haven’t been a fan of Kid Rock over the years, coining the nickname for him of “The Wet Cigarette”.  However, Hellbound Glory may be the most under-the-rader band in country music right now, and they deserve this opportunity and exposure. I think it is times like these that the term “bittersweet” is in order. Ask me in a couple of days how I feel about it, but at the moment I can’t help but to be happy for Hellbound Glory for the opportunity, and however much I may dislike Kid Rock, giving him credit for seeing the potential of Leroy Virgil.

As I said over a year ago in my review of their last album Damaged Goods:

It is time for someone to step up. They don’t deserve the SCM Album of the Year, they deserve something better, something more than I can give. It is time for them to graduate, for someone a step higher to step up, put these boys as the opener on a serious tour, get them out of having to battle with a juke box full of rap music at brokedown bars, but also someone who understands their element, and how a loss of authenticity would be their demise.

Apparently, Kid Rock was the one to do that.