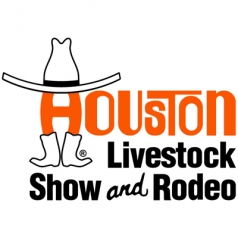 On Monday, January 11th, the official lineup for the 2016 Houston Livestock Show and Rodeo set to go down March 1st through 20th was “announced” by astronaut Scott Kelly from the International Space Station. And Houston, we have a problem.

Perhaps the aeronautical histrionics were a bid to distract everyone back on Earth from the fact that this year’s lineup is the most mundane, most mainstream-centric and generic pop tart Kellogg’s cereal assemblage of plastic talent ever accrued on this beautiful blue planet. In truth astronaut Scott Kelly didn’t announced dick. They just rolled a pre-recorded intro from him before lo-fi graphics rolled of the various performers in a presentation that looked like it was put together by some Rice University flunkout from the A/V lab (see below).

So remember, this is supposed to be the HOUSTON Rodeo, in HOUSTON, TX. So how many Houston-born or Houston-based performers made the main stage? Try zero. Not a single one. However there’s five performers from Georgia, four performers from Florida, two from Alabama and Tennessee respectively, and performers from California, Canada, Michigan, and even Australia. And how many performers made the final list from the greater Texas region? You know, the biggest state in the union save for Alaska and one of the biggest generators of country music talent anywhere? Try one: Miranda Lambert. Oh, and shes the only female solo artist to make the entire 20-day lineup; the mixed gender groups of The Band Perry and Little Big Town notwithstanding.

I mean this lineup is the most predictable, most cookie-cutter mainstream thing you could possibly amass, not taking into consideration regional flavor, or representing the legends of country whatsoever, while only giving the amazing females of country music a passing sniff. The CMA Awards are more diverse than this Texas horse shit. Basically, the International Space Station might as well have beamed down a big-ass middle finger to the residents of the Lone Star State. This is Music Row’s big parade of stars marching right down the gullet of one of the last bastions of true, independent country left in this fair nation.

Yes, The Houston Rodeo has been getting progressively, and progressively worse over the years, so don’t think you’re pointing out something we already didn’t know. But 2016 is the year they have completely eradicated any and all pretenses of being nothing more than a puppet for the mainstream country music industry. The folks in Houston don’t get to choose this lineup, the lineup is chosen for them. So shut up and enjoy Cole Swindell.

In fairness, there is a side stage (aptly named the Hideout), where Justin van Sant, Trent Willmon, Zane Williams, Cooper Wade, Jason James, Jamie Richards, Abbi Walker, Aaron Einhouse, Cameron Nelson, Max Stalling, Mark Monaco and the Strayhearts, JB and the Moonshine Band, Bri Bagwell, Mike and the Moonpies, Josh Ward and Sam Riggs will try and get folks to pay attention as they rush by trying to get funnel cakes for the family, or find the Jon. But it’s a popcorn fart compared to the support the Houston Rodeo once gave to its fellow Texans.

Look, I understand you’ve got to have some mainstream names to put butts in seats. This is all about busine$$. But are you really going to try and tell me that Cole Swindell and Billy Currington are going to draw better than if you put Wade Bowen and Randy Rogers on the same night, especially after they just name dropped your event in their last record together? This lineup sucks ass. They might as well just project a rebroadcast of the CMA Fan Fest on the side of the Astrodome and save the talent budget, or just loop the latest Now That’s What I Call Country CD over the loud speakers. All the great work artists like Aaron Watson have done on the rodeo circuit, and this is the lineup we get? Ever heard of Chris Stapleton? He’s like the hottest country music artist on the planet right now. Maybe look into it.

Here, see if you can spin doctor up this turd: