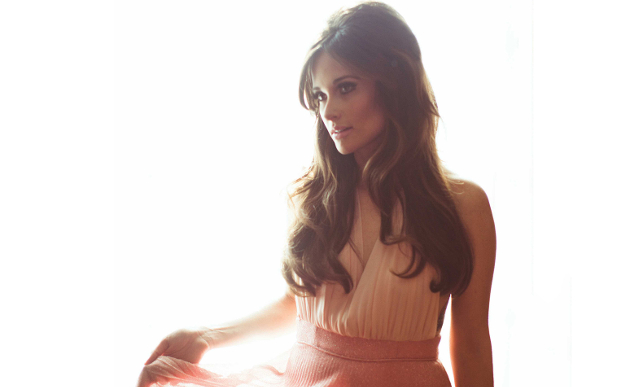 So we finally received the info on Kacey Musgraves’ new album Golden Hour to be released on March 30th, and were served two new songs to boot. Though we were first promised the record would arrive this winter, a mid spring release is not that far off, so no harm, no foul. The two new songs are also pretty great, and seem to be resonating well with listeners, especially “Space Cowboy.” Neither song includes the campy-style lyrics that were beginning to become tiresome from Kacey, or the political forays that also turned some folks off previously. March 30th is now circled on the calendar of many country music fans, from traditionalists to contemporaries, spanning across often differing sensibilities and demographics that Musgraves is able to unite through her music.

But where is a single from the new Kacey Musgraves album for country radio?

On Monday night, Kacey Musgraves appeared on Late Night with Jimmy Fallon in a shimmery jumpsuit with a 7-piece country band, playing the heartbreaking new song “Space Cowboy” to a very positive reception. In just a few days, the song had already received over 500,000 spins on Spotify. The television performance now gives it an extra boost. There is an authentic viral appeal for the song,  and this would have been the perfect kind of momentum starter to get the new single off the ground, and get the album cycle for Golden Hour commenced in earnest.

But again, it hasn’t been released as a single.

For the vast majority of mainstream country stars, the release of an album is preceded by the release of a lead single to radio, sometimes two of them, and sometimes by as much as six months or more before the release itself, depending on the artist. The idea is that as the single is climbing the charts, momentum is building for the release, with the single often miraculously peaking at #1 right as the album is coming to market. That’s what’s happening for Scotty McCreery at this very moment. This often also coincides with big tour and other promotional opportunities to give the album and artist every opportunity to succeed in the crowded music marketplace.

“Space Cowboy” would be a great country radio single. It was co-written by Kacey with hit maker du jour Shane McAnally, as well as Luke Laird. Most anything written by McAnally these days is a preordained radio hit. “Space Cowboy” has a haunting, classic sound underpinned by steel guitar maestro Smokin’ Brett Resnick (known also for playing with Kelsey Waldon), yet is contemporary in its styling, with a rhythm that will work well in today’s country radio landscape. Yet where are the full-page ads in Country Aircheck and Billboard Country Update “Going for adds on ___”? Where are the stories of when it will be coming to radio, with interviews with Kacey speaking about the inspiration behind it? They’re non-existent.

We have to assume there will be some kind of radio single at some point from Golden Hour, right? Or will they even try?

What we’re witnessing here is the underlying reason why the best songs, and the best artists often fail on country radio. While Nashville’s major labels will overspend to promote a bad song from some bro, they bungle the big opportunity presented by an award-winning and established artist like Kacey Musgraves to make a big splash with a song that has proven itself immediately resonant. It’s a systematical downgrading that puts artists like Kacey Musgraves at a severe disadvantage. And when the label eventually does release a single and takes a perfunctory 1/4 page ad out in Country Aircheck to watch it ultimately flounder in the #40’s, they’ll say there’s no appeal for the track, and they did their best. Sorry Kacey, radio just is no longer warm to you.

Of course, Kacey is one of those artists who is now established enough that she doesn’t absolutely need radio for attention. But radio absolutely needs artists like Kacey Musgraves, and songs like “Space Cowboy.” Just give it the equal chance every other major label artists gets, and if it withers on the vine, so be it. Another artists that doesn’t need radio is Chris Stapleton. Similar to Musgraves, his UMG Nashville major label has absolutely no radio strategy for him. “Broken Halos” has finally reached the Top 5, but it’s in spite of Mercury Nashville, not because of it. Stapleton’s appearance on Saturday Night Live with Sturgill Simpson, his single with Justin Timberlake pushing up the pop charts, and his continuing incredible album sales have given DJ’s no choice but to play the track. But it’s still a song from a previously-released record, not even his latest title.

It’s also a bit unclear exactly which imprint of UMG Nashville Musgraves is currently working under. She has always been a Mercury Nashville artist, like Stapleton. But the copyright for “Space Cowboy” says MCA Nashville. As bad as Mercury Nashville has been handling Stapleton’s singles—including the devastating decision to never release “Tennessee Whiskey” to country radio—MCA Nashville has an even worse track record, which has been well-documented by Saving Country Music. You think Musgraves is struggling with a singles issues, Gary Allan released a lead single from a still unnamed album three years ago, and is still stuck in limbo. He’s since moved to another UMG Nashville imprint, but is still struggling to release new music. MCA Nashville bungled the singles of David Nail so bad, he was dropped from the label completely.

Performers put there lives into songs like “Space Cowboy,” quite literally, and the least these labels could do is to attempt to try and maximize on their investment by helping the artists promote them. Eventually there will be a Kacey Musgraves single (at least we hope), but the momentum for Kacey Musgraves  and “Space Cowboy” is right here, right now, and every second that ticks by is one lost for the song to gain maximum traction.

Do your job UMG Nashville. Release “Space Cowboy” as a single. Promote it. And give it a fair shot in the marketplace.