Hey Sony, Where’s a New Single from the Pistol Annies? 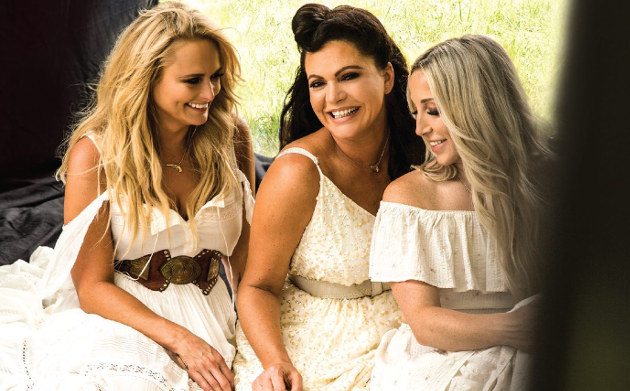 Country music supergroup the Pistol Annies have a new record on the way called Interstate Gospel due out November 2nd, and ahead of the release they have made three new tracks available to the public. This has fans of Ashley Monroe, Angaleena Presley, and Miranda Lambert excited, but what we still don’t have yet from the three sirens is one dedicated track we can identify as a single.

There has been a lot of talk lately about how women have virtually disappeared from mainstream country radio and the country charts over the last few years, including this week where only two women are represented in the Top 35. While some simply generalize about sexism or misogyny, there are some very specific reasons women are so woefully under-represented. The primary reason is how singles are handled by the major labels.

As Saving Country Music pointed out ahead of the release of Carrie Underwood’s recent album Cry Pretty, the title track and debut single from the record was pulled two weeks ahead of the album release, sending the track to recurrent status as opposed to residing near the top of the charts for a few more weeks. Stalling out at #9, the song was not likely to reach #1. But the customary action behind a single is to maintain support behind it until an album is released, regardless of how the single is scoring. This is what happens for virtually all male country music artists, but with Carrie, this same courtesy was not extended.

A similar case presented itself around the release of the Kacey Musgraves record Golden Hour. Instead of one single being released to country radio, MCA Nashville released two songs simultaneously while putting no promotion behind either, basically guaranteeing neither would receive significant radio play, and letting program directors off the hook for having to decide to pay attention to Kacey Musgraves at all.

With the crush of new music constantly barraging consumers, the essential function of a single is to make one song a centerpiece representation of an artist’s work to draw further attention to their overall efforts and career. This is the tried-and-true system that has been in place for popular music for nearly a century. Once a single is released, it should be the public that decides whether they want to hear the single or not, willing a song up the charts, or allowing it to taper off.

Even under the new streaming model for music, selecting a single is still vitally significant, if not even more so. When playlist programmers and major streaming companies are sent two or three tracks instead of one, it gives them the choice of what to select as opposed to decreeing the song of focus. This sometimes results in these streaming services ignoring an artist altogether, similar to radio. And since there isn’t one song that radio, streaming services, media, and fans are focusing on, it doesn’t result in a metadata lift that can put a song into non-radio charts and further streaming playlists based on the attention to the track.

If Sony Nashville selects a song from the Pistol Annies, puts the same effort at promotion behind it as its other singles, and it still fails, then at least the effort has been made. You can’t guarantee an equality of outcome. But when you don’t release a single at all, you’re guaranteeing the inequality of opportunity. The public can’t make a conscious choice about a song if they’re never served it, neither can radio. This is the rudimentary reason why women are disappearing from charts and radio, regardless of the reception they may find from the public.

The Pistol Annies are a side project, but an important one that could help reinstill the representation of women many are clamoring for in country. The supergroup’s first ever single “Hell On Heels” was Certified Platinum by the RIAA despite never being released to radio. Whatever the song is, and whatever the results are, as a major label artist with radio-worthy music and recognizable names, The Pistol Annies should be bestowed the same opportunities as everyone else. Sony Nashville should release a single.