Hopes and Fears About The Forthcoming Dixie Chicks Album 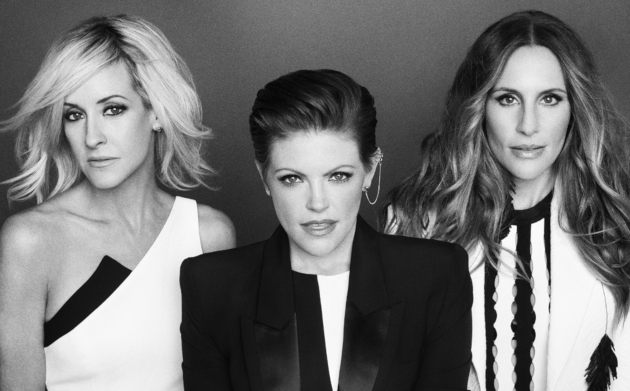 A new album by the Dixie Chicks is on the way, and it’s no longer a matter of “if,” but “when.” Recent social media posts confirm the trio is working in the studio with super producer Jack Antonoff, and that a new record is coming “someday.” If they’re teasing us on social media already, that “someday” is more likely to be counted in months instead of years, which opens up a whole range of questions of what we might expect, and what the ramifications could be.

This will not be a reunification of the trio, though much of the media will mistakenly tout it as such (and already are). Natalie Maines, Emily Erwin, and Martie Erwin played multiple shows together opening for The Eagles in 2010, toured extensively in 2013 throughout Canada and Europe, and then launched a successful Untied States tour in 2016, which included playing the marquee performance with Beyonce at the 2016 CMA Awards. A new record would simply be a re-emergence of the band in the recorded space.

HOPE: The new record will be country.

Though misconceptions abound about the Dixie Chicks tied to the political upheaval surrounding the band in 2003, they’re arguably even worse when it comes to the trio’s actual contributions to country music. The 90’s, early 2000’s output from the Dixie Chicks is nothing short of neotraditionalist and acoustic country music gold, despite many considering them pop country mavens for no other reason than they were successful. They even had a #2 single in “Long Time Gone” written by Darrell Scott that protested the lack of influence from country legends in today’s country music in the final verse.

Though the band’s last record after the political imbroglio veered somewhat from the country realm, the legacy the Dixie Chicks has left has been very country, and very good. They’re three astute musicians, highly proficient at fiddle, mandolin, banjo, dobro, and guitar. Though they never wrote a lot of their songs, they knew how to pick good ones, with multiple tracks from Darrell Scott, Patty Griffin, Radney Foster, and Marty Stuart in their discography, and other selections from Bruce Robison, J.D. Souther, and other notable country songwriters. A new country record in the vein of Wide Open Spaces, Fly, and Home would, and should be welcomed by country fans.

FEAR: The new record will not be country.

It’s not unreasonable to think that the Dixie Chicks will take a sharp turn away from country with a new record. Their last album, Taking The Long Way was produced by Rick Rubin, and saw the band veering away from the country music space in part. Working with producer Jack Antonoff on the new album is an even more troubling sign. At least Rick Rubin knew his way around a country song after producing Johnny Cash, even if Rubin’s inclination is to lean more rock. Jack Antonoff is purely a pop and indie rock animal, or at least he has been up to this point in his career. In the production seat, Antonoff is primarily known for helping sway Taylor Swift 100% into the pop realm, first with the song “Sweeter Than Fiction” off the One Chance soundtrack, and then later with a couple of her songs from the album 1989.

Good music is good music though, and it would be understandable if the Dixie Chicks refused to feel beholden to country after being black balled from the format. But what the Dixie Chicks do best is play acoustic roots. If they get swept up in making Sheryl Crow-style generic roots rock, or try to work in electronic beats and synth, it just won’t be as cool and meaningful as a full bore return to country. It could feel hollow. Perhaps Antonoff can recalibrate his skills to the trio’s strengths. But there’s reasons to worry he will try to sway them to the sounds of the here-and-now, instead of what’s at the heart of what made the Dixie Chicks so important to country music.

HOPE: It will be a moment of unity, and a homecoming.

The Dixie Chicks were wronged, and at this point it’s not even worth debating that, though of course many will. They were deplatformed before we knew what deplatforming was, and their story serves as a good lesson about how the lynch mob mentality that is even more pervasive now due to social media is unhealthy, and unjust, and should be avoided in music and all parts of life from both the left and right. If they come out with a cool country record, it could help heal wounds and divisions, and re-foucus people’s minds on music instead of the massive dissent roiling society. The Dixie Chicks are a legendary band in country music. They sold nearly 30 million records and won 10 CMA Awards. Whether you agree with the mild comments Natalie Maines made about the Iraq War and President Bush, this band part of the country music family, and deserves to be welcomed back into the fold.

FEAR: It will be a source of division in country music and beyond.

Instead of binding wounds, the return of the Dixie Chicks will rip open scabs if the trio decides to get decidedly political or polarizing either with their music or their public personas (pay special attention to Natalie Maines). That doesn’t mean they have to “shut up and sing” for this to work, but if they make their return to the studio all about pouring salt on wounds and evening the score, it will just be another thing that draws divisions in society and country music, as opposed to giving renewed attention to what an important legacy the Dixie Chicks left, and could add to in the future.

FEAR: The media will muddy this up.

Expect the media to have a field day with this issue. In fact, they already are. They will weaponize the return of the Dixie Chicks with think pieces full of misconceptions and outright lies meant to virtue signal to their Twitter feeds and foster click bait. This is what we saw with Kacey Musgraves who went out of her way to make her recent album Golden Hour as apolotical as possible, yet the media couldn’t wait to pounce and use it as a wedge, telling country fans how they should be pissed off at her for trouncing on their conservative values.

Expect the media to specifically get the way the Dixie Chicks disbanded wrong, which they have been doing for 15 years now. The trio’s last record, 2006’s Taking The Long Way sold 2.5 million copies, debuted at #1 in all of music,  and won five Grammy Awards after mainstream country disowned them. The Dixie Chicks didn’t disband because country blackballed them. In fact the blackballing backfired, and made them heroes and icons to many. The trio could have carried on quite successfully. They disbanded because they wanted to spend more time with their families. Also, they played the marquee performance at the 50th Annual CMA Awards in 2016. The country industry has already welcomed them back into the fold. It’s outlying fans that still need to come around, but they will do so better with facts as opposed to misinformation and demeaning think pieces.

HOPE: People would put all the past polarization aside, and enjoy the music.

Seriously, get the hell over it, both sides of the debate. The current president of the United States, Donald J. Trump, has said things about the Iraq War, former President George W. Bush, and the entire Bush family that make the off-handed comment by Natalie Maines 16 years ago now seem like child’s play. The Dixie Chicks were the victims of a hysteria—the same type of hysteria that has people on the right in the crosshairs for incredibly innocuous things today. If the Dixie Chicks come around looking to pick fights, then that’s on them. But they should be given the benefit of the doubt, just as the media and outsiders should give country fans the benefit of the doubt, and the merit of any new album should be based solely on the music itself.

The lesson of the Dixie Chicks is just how out-of-hand politics can get, and why it should be compartmentalized within culture. It should be the understanding and commitment by all music fans, the media, and the industry to keep the institution of music a place everyone can put differences aside, and enjoy music together.