How Did Tyler Childers Rope Sturgill Simpson Into Producing His Upcoming Record? 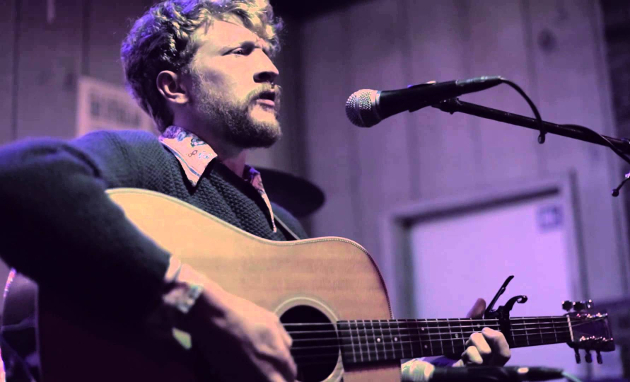 For the folks dialed into the regional country scene in Kentucky, they don’t need any explanation or convincing that Tyler Childers could be the next big thing in traditional/independent country music. They’ve seen him grow up on Kentucky’s club stages and outdoor festivals as someone with the country music qualities you can’t just learn and practice, but you’re either born with, or not. Many of the same qualities are what locals saw in Kentucky native Sturgill Simpson as he was coming up with his band Sunday Valley some years ago when the rest of the music world remained utterly clueless.

Sturgill Simpson is such an enigma, to see his name crop up as the producer on the album from someone else is shocking and intriguing, even if you’re not a 100% devotee to Simpson’s music. Sturgill Simpson doesn’t get involved in bullshit. That’s how he took a fledgling music career and went on to win a Grammy for Best Country Album, and be nominated for the overall Album of the Year. Stugill has made a career out of saying “no” to reporters, industry professionals, and opportunities some artists would kill for. If Sturgill Simpson is lending his name and time to a project, you know it’s going to be worthy of attention.

But how did it happen, aside from geographical ties between Tyler Childers and Sturgill? Tyler was introduced to Simpson by Sturgill’s drummer and bandleader, Miles Miller, who is also a Kentucky native. Along with being a drummer, Miles is an multi-instrumentalist, and saw something in Childers that he thought deserved a greater attention, enough so to sell the idea to Sturgill, and Sturgill bought.

David Ferguson, who’s worked on albums from Johnny Cash as well as Sturgill’s projects, and who is the mastermind of Nashville’s recording studio The Butcher Shoppe in the northern portion of town where Tyler Childer’s upcoming album Purgatory was recorded, was also brought onto the project as a producer. The Butcher Shoppe is also the compound where Sturgill shares an office space with John Prine. Though not as sexy of a name as Sturgill Simpson to some, David Ferguson is as seasoned as a producer and recording engineer as you will find.

“I am extremely grateful for Miles Miller introducing me to Sturgill Simpson, and also for Sturgill and David Ferguson taking the time to work with me,” says Tyler Childers. “I think we both wanted to make an album for east Kentucky, and I reckon that’s what we did. It’s not about rock, or grass, or country…it’s just hollerin’ in the mountains and stirring shit up! The band Sturgill and David put together was an all-star cast, and an honor to work with and learn from. I hope to do it again, but once is more than most are blessed with. For that I am thankful.”

The band assembled for the album includes well-known fiddle player Stuart Duncan, guitar and pedal steel player Russ Pahl, as well as Miles Miller on drums, Sturgill on acoustic guitar and backing vocals, among other players.

READ: You’re Gonna Want To Be On Top Of This Tyler Childers “Purgatory” Album

Tyler Childers will also be on tour most of the summer, including multiple dates with the Yonder Mountain String Band, and Sammy Brue.