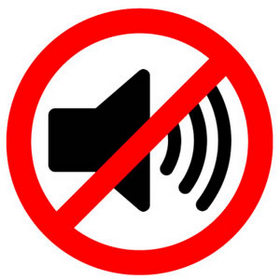 It was a hot Tuesday night in July at the DTE Energy Music Theatre in Clarkston, Michigan just outside of Detroit, and songwriting legend Neil Young was playing to an appreciative capacity crowd. Neil had played a 21-song set and left the stage just ahead of a 11:00 p.m. curfew, but the crowd wouldn’t be denied an encore. So Neil came back out on stage and played two final songs: “Don’t Be Denied” and “Roll Another Number.” The crowd was quite pleased, but it was a costly decision for Neil.

Due to noise ordinances and the policy of the DTE Energy Music Theatre, every minute Neil went past an 11 p.m. curfew was $1,000 he owed. Since Neil Young went ten minutes past the curfew, that was $10,000 Neil ended up paying for giving the crowd the encore they were clamoring for—a costly couple of songs for Mr. Young.

The strict noise curfew is due to the venue’s close proximity to residential areas, and with the massive size of the theatre’s sound system, the noise can travel far. The theatre is sort of notorious for its hefty noise ordinance fines. The story goes that whenever Aerosmith plays there, they pay their fines up front knowing they’ll go over the prescribed curfew.

The DTE Energy Music Theatre in Clarkston might be one of the most famous venues for levying hefty noise ordinance fines, but it certainly is not the only one dealing with noise issues. All across the United States and beyond, local noise ordinances are being passed by city councils and implemented by code and law enforcement agencies to the tune of putting significant crimps in the operations of music venues big and small, including many in neighborhoods that are traditionally located in entertainment corridors in cities and towns, and have been at their current locations for many years.

Austin is known as the “Live Music Capital of the World,” and even in the greater central Texas area surrounding the city, music is very much an integral part of the communities and culture of the area. Dance halls used to make up the centerpieces of many small Texas towns, including the oldest operating dance hall in Texas at the moment, Gruene Hall in New Braunfels, TX.

Originally built in 1878, Gruene Hall has been at the very heart of not just the surrounding community, but the greater country music scene, serving as a spring board for the careers of artists such as George Strait, Jerry Jeff Walker, Townes Van Zandt, Lyle Lovett, and so many more. It is a Texas and country music institution. But now all of that may begin to get squeezed under a new noise ordinance scheduled to take effect November 1st. The new provisions are hoping to remove the grey area between complaints and the noise itself, setting a decibel level on what is considered “loud” so law enforcement can make better decisions and take appropriate action.

Though decibel levels might be set-in-stone benchmarks, they can’t measure the historic precedent a music venue like Gruene Hall presents, or the spirit of the live performance, reading a crowd, and seizing the moment to deliver a memorable performance. It was Hank Williams playing six encores in 1949 on the Grand Ole Opry stage that launched his career, and country music itself, to superstardom. In today’s music climate, such a feat may not be possible.

And it’s not just Gruene Hall that will be affected by the noise ordinance. A growing music scene throughout the city, including in its downtown corridor, could be squeezed by noise curfews and complaints that now carry more weight because of the teeth of the new ordinance.

“We clearly don’t want to stifle our downtown or other commercial areas,” said New Braunfels mayor Barron Casteel. “New Braunfels holds a beautiful downtown, but most importantly, we’re the oldest operating dance hall in the state of Texas. No one in New Braunfels wants to change the lifestyle in Gruene, Texas.”

But wherever noise ordinances are put in place, residents apt to complain about music noise are given a legal leg up over venues. This is exactly what has happened in Austin, TX proper, where some police are issued decibel readers right beside their firearms, and local venues more and more are having to curtail or eliminate their entertainment calendars to keep surrounding residents happy.

An extensive study of the health of the Austin music scene published earlier in 2015 found that not only is the permitting process for musicians, events, and venues—tied in many cases to noise concerns—too complicated for most individuals or businesses to navigate, but that the city’s noise ordinance provisions are directly affecting the health of the music scene, and thus, the livelihoods of Austin musicians. And they could get worse.

In focus groups, this single item was the only issue in which multiple established venues said that this change could put them out of business.

Several focus group members said they came to the focus group just to talk about and express their concern around this one issue. And they felt they had been largely overlooked or ignored by City officials regarding this potential policy change.

DBC ratings for noise are more sensitive than DBA ratings, and this change could potentially be significant for local venues. The Austin music study study continues,

Venues operators commented that the combined effects of 1) the sound ordinance, 2) current zoning practices that put residences within feet of existing venues and 3) developer building requirements collide in a way that catches venues in the crosshairs.

An influx of residents moving close to live music venues has resulted in more conflict over noise issues. While developers continue to build high-end living units with no requirements for sound enforcement within walls or windows in close proximity to existing CBD live music venues, there have been increasing noise complaints from residents that result in limitations on live (and recorded) performance.

Also, downtown real estate prices have driven many venues to seek locations further out, which puts them in closer proximity to neighborhoods, creating a new set of sound issues.

But it’s not just in the City of Austin where the noise ordinances are affecting the music business. On Tuesday (8-11), Travis County Commissioners voted to begin enforcing time limits to put venues and music events outside of the city limits more in line with the noise ordinances of Austin proper. It was stimulated after the owners of Johnson’s Backyard Garden, an organic farm, complained about noise levels at the nearby Carson Creek Ranch. Ironically, the Carson Creek Ranch property is prohibited from being developed because of the noise from the nearby airport, so they decided to use the property to host music events among other uses.

Similar scenarios are playing out all across the country, especially in America’s gentrifying urban areas. The move to cities, including by retiring baby boomers who are enticed by the liveliness and artistic focus of cities such as Austin, Nashville, and other music-oriented locales, is causing a rise in new high-density real estate encroaching on established entertainment zones.

Combined with the density of the housing, the interfacing with music venues, and the age of the respective revelers and complainers, it all is creating an environment of conflict, especially when considering entertainment corridors have just as much of a right to expand as any other type of urban zone. Local residents regularly pay a premium for an ideal downtown location, and move to the area to take advantage of entertainment opportunities. Ironically, noise ordinances and other concessions in many cases erode the existing local culture as more residents move in. And in the case of Gruene Hall and many other historic and established music venues, the venues were in the neighborhood first.

Residents around music venues have a right to have their concerns respected as well, and in many cases it is not their fault. Poor planning by local commissions, lack of ordinances requiring sound proof glass and doors, and the sheer economic force of will which is the current draw to urban areas is setting up communities for conflict. Urban planning models encourage high density housing, urban renewal—including the demolition of older properties (many that house small music venues)—and mixed use plans that put residents, retail, and entertainment right on top of each other. Space and noise are the two fatal flaws of well-intended provisions hoping to curb urban and suburban sprawl.

As hip cities like Austin, Nashville, Portland, and others continue to buy in to the high-density downtown model, more effort needs to be expended to make sure the new residents aren’t endangering or destroying the existing culture they’re hoping to enjoy, as well as being protected from noise through non-intrusive and simple building codes requiring sound proof materials.