How Music Row Helped Kill The Career of Fats Domino 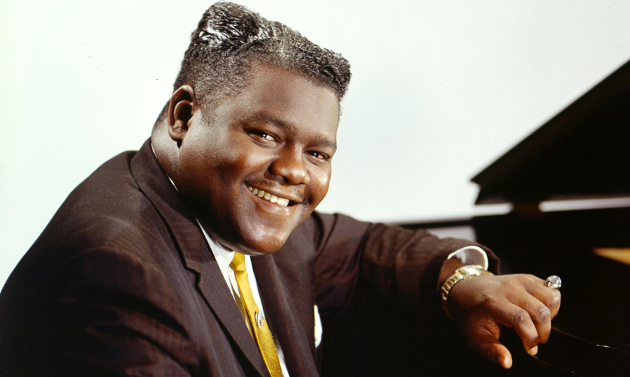 The story is as old as country music. An artist or band comes to Nashville with a head full of ideals and a fresh sound, heavily influenced by the roots of the music and the heroes who came before them, only to be gobbled up by the big machine and shoved out the other side as a manufactured product, sounding just like everything else being released commercially with little or no latitude extended to them to capture their own voice or style.

This phenomenon is partly the blame on how the music making machine in Nashville was constructed in the early 1960’s. Since all the major labels were still located in New York or Los Angeles, they relied on satellite offices and mid-level producers and managers like Chet Atkins to keep the country records churning off the assembly line on Music Row. They kept costs under control and minimized risk by using session players and company songwriters, often choosing the songs and arrangements for the artists as opposed to vice versa. This was how the stifling nature of country music making became institutionalized, while rock and roll bands were given much more creative latitude.

Lots of great music still made its way off of Music Row in what would become known as the Countrypolitan era, but it’s also why creative latitude remains lacking on Music Row even today. It’s also what the Outlaws like Willie Nelson and Waylon Jennings rebelled against in the mid 70’s to win their creative freedom, though the victory was short-lived, and Music Row’s way of doing business was quickly re-instituted.

Though the issues plaguing Music Row are a very distinctly a country music problem, they were so profuse in the 60’s and 70’s it affected artists outside of country who happened to work on Music Row during the era. Housing some of the best studios in the South along with stables of session players and producers, often artists from across the musical spectrum would come to Nashville to record, many times with mixed results in both the sound, and the direction of their careers.

For example, Music Row was responsible for virtually killing off the career of The Everly Brothers. As Saving Country Music explained in 2014 after the death of Phil Everly,

When Fred Rose passed away in 1954, [his son] Wesley took his spot as President of Acuff-Rose, and also signed on to manage The Everly Brothers after an introduction from Chet Atkins. Wesley promised the brothers a record deal if they would sign on with Acuff-Rose as their publishing house, and the duo obliged … The Everly Brothers signed a massive 10-year multi-million dollar contract with Warner Brothers, and became one of the biggest names in all of American music.

But both Don and Phil Everly were songwriters as well, and wrote many of their own songs. However in a strange twist of fate only fit for Music Row, because the brothers were still signed to Acuff-Rose as songwriters, the falling out with Wesley Rose meant that the brothers lost access to their own material as well, and any material they may write in the future. Though The Everly Brothers as performers were free to do what they wanted, Don and Phil Everly as songwriters were still under the thumb of Acuff-Rose.

This virtually ended the commercial career of The Everly Brothers, who were forced to write and record under pseudonyms and would never regain the radio play or recognition they received early on.

A few years later, Fats Domino would suffer a similar fate. After scoring massive hits like “Blueberry Hill” and “Ain’t That A Shame,” Domino, just like The Everly Brothers, signed a massive recording deal that brought him to Music Row. ABC-Paramount Records made Fats Domino one of their premier artists in 1963, and paired the New Orleans native with Music Row producer Felton Jarvis, who would later be known for working with Elvis Presley starting in 1966 on Music Row.

Domino reportedly arrived in Nashville in an “extra-long lavender and white Cadillac” in 1964, looking to start the next chapter in his career. He was even amicable to his Music Row experience at the time, saying, “I like to record in Nashville. They are very patient with me. I’m hard to please sometimes.”

But the result of Fats Domino’s Music Row sessions would be catastrophic for his career. The reason recordings coming off of Music Row at the time were called “Countrypolitan” is because producers like Felton Jarvis were fond of adding extra layers of string arrangements and choir accompaniments to tracks to appeal to a more urban, cosmopolitan crowd, moving away from the stigma of country as hillbilly music. The plan was to make Music Row more profitable by appealing to a wider audience.

The result of Fats Domino’s time on Music Row was a record called Fats on Fire. Compared with Domino’s previous material—which found its appeal from simple arrangements, Fats’ soulful voice, and his iconic piano playing—the new music was drowned under forced arrangements of strings and choruses arranged by composer Bill Justis, killing the natural appeal of Fats’ music.

As The Guardian explains, “He had fallen in with a record label that disastrously sought to sweeten his sound, making him record in Nashville, and adding elements of the slick, commercial ‘countrypolitan’ style to his releases. His recording career never really recovered.”

Though Fats continued to work and record, he became mostly a nostalgia act afterwards. Music Row is not completely to blame for this. Similar stories were happening all across music due to The Beatles and the British Invasion, which was inspired greatly by the early recordings of Fats Domino and others. Fats also rarely left New Orleans after his experience in Nashville, saying he hated the food everywhere else. He continued to live in New Orleans’ 9th Ward, even after Katrina.

At a time when American pop was nascent and looking for strong shoulders to build its foundation upon, Fats Domino helped us find our thrill. Unfortunately that thrill mostly ended after a visit to Music Row.