How To Change The World Through Music (A User’s Guide) 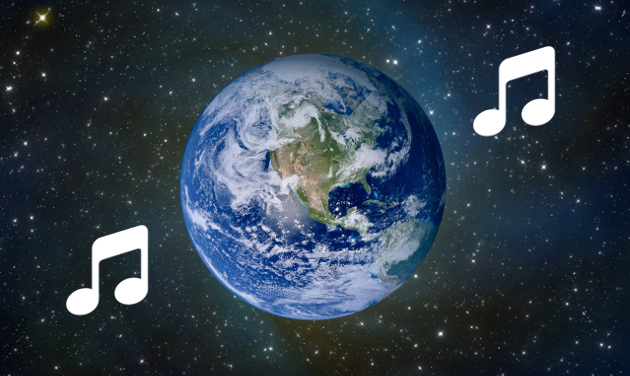 So you want to change the world through music. First off, congratulations and thank you. You’ve decided to do something with your music beyond just entertain people, and this is an important and charitable deed. Not that entertaining people in itself is an ignoble call and can’t change the world in its own right. Music is the salve of the soul, and can change people’s hearts and minds simply by its presence in their lives. Since the very beginning of mankind and civilization, music has been used to inspire and uplift, to be a siren song to action, and used to tell stories that ultimately stimulate great change in the hearts of man, and the actions of leaders.

Whether you are attempting to stop the scourge of human war, honor and remember the soldiers who fought in such wars, stop the oppression of people by governments or big corporations, or simply shine a light on a local problem, music has the unique ability and history of being an agent of change. Some music has a deeper history championing social causes than others. For example, folk music and its founders like Woody Guthrie often took on causes of the common man. Some music was specifically born out of the need to speak up like reggae and certain elements of gospel, while other types of music tend to avoid championing certain causes due to the messiness it can cause in the political realm, like pop or mainstream country, which attempts to cast a wide net to attract as many listeners as possible.

But often the law of unintended consequences gets in the way when trying to change the world through music, just like it often does in the political world. Sometimes trying to bring people together for a common cause actually polarizes them. Sometimes trying to solve a problem through music actually exacerbates it. Sometimes the message of music flies right over the head of the audience, or even worse, could be misinterpreted to mean the opposite of what’s intended. And since it takes a certain level of appeal for a piece of music to be receptive to an audience—especially the audience that most needs to heed the message—it takes cunning, and an understanding of human behavior for it to be effective.

That’s why you can’t just blurt out whatever message you’re looking to share through your music and expect it to be effective. Sometimes this works. Many times it doesn’t. This is why subtlety and nuance are very important in sharing your message, even more important than subtlety and nuance are important in all of music. Sometimes the best way to convey your message is by telling a story, true or otherwise, creating or sharing characters that can help create understanding and empathy in the audience, or lay the message “between the lines” as writers say, so the audience does not feel like they are being preached to, talked down to, alienated, or anything else that may cause them to tune out, or put up their guard.

Screaming, yelling, and preaching may be a great way for an artist to express themselves, vent anger, or rally established supporters behind a common purpose. But this behavior is often counterproductive to making the type of social change intended by limiting the audience, defining hard and fast division lines, if not galvanizing opposition against your cause, especially if inflammatory language or accusations are utilized. Often such exercises come across as arrogant, self-centered, or down looking. Sometimes the point of a piece of music or performance art is to offend, and that is fine, if not warranted in certain circumstances. However in these instances, the creator should be honest with themselves about their intentions, which is not always to enact change, but you alleviate their own guilt or anger, or the guilt and anger of their fans.

Politics is fashion, just like music often is, and so is the championing of certain social causes in many instances. Sometimes taking up certain issues or causes can come across as obsequious, opportunistic, or even exploitative, especially if certain subjects are not broached with a delicate touch and a delegative understanding.

It’s for all of these reasons stated above that it is unreasonable to expect any artist to address sensitive subjects in their music just because certain fans, media members, peers, or anyone else attempts to guilt or goad them into it. The artist should only broach political and social matters when they have deep convictions about an issue originating in their own minds or hearts as the result of their own personal experiences. That way passion and a deeper understanding of the issue will guide their words and voices into compelling narratives and expressions that will help breed understanding about an issue as opposed to simply serving red meat to a constituency. The same goes for an artist’s public persona and social media presence, which can also be a distraction, misinterpreted, spill over into anger and create a point of polarization, erecting barriers for the message the artist is attempting to convey as opposed to tearing barriers down.

In the polarized world we live in today, it takes consensus for any issue to be resolved. Music has the unique ability to bring people together, regardless of background, creed, or political leaning, by opening up a portal to the human soul that allows us all to understand the commonality of our human experiences. For this reason, the music sphere should be respected for its ability to be an agent of change through stories, characters, and words set to rhyme and rhythm, and not simply another weapon of the diametrically opposed age used to further polarize us, and damn all of our actions as nothing more than blocking the actions of others until nothing is ever accomplished and nobody wins.