How Wal-Mart Is Helping The Spread Of Hick-Hop 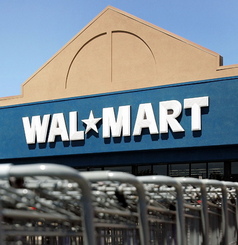 On July 4th, The Wall Street Journal posted a rather lengthy, in-depth look into The Unlikely Rise of Hick Hop. Focusing in tighter than the more broad country rap phenomenon that is gripping mainstream country music in 2013, the Journal draws parallels between the rural recreational sport of “muddin'” and the emergence of artists that use a rapping style set to country lyrical themes in a tight knit underground that doesn’t rely on traditional radio play for support. Saving Country Music has talked about many of these bands in the past like the Jawga Boys and Moonshine Bandits, and how they are able to garner tremendous loyalty from fans by using YouTube and other easily-accessible outlets, and whose fan bases have ballooned to astounding numbers in the last few years.

One of the principle purveyors of this underground hick hop is the record label Average Joe’s, which is home to artists like Colt Ford and Brantley Gilbert, but also has a large barn of underground country rappers like the LoCash Cowboys and Bubba Sparxxx. Average Joe’s is on the cutting edge of marketing country rap to consumers, and doing so in an unconventional way that side steps country radio and traditional album distribution. What The Wall Street Journal piece explains is how Average Joe’s has been working very intimately with Wal-Mart to market country rap to certain areas seen as favorable to the emerging sub-genre. While physical CD sales are falling overall, Average Joe’s has been able to keep the CD alive with the help of Wal-Mart, and country rap.

It started in country’s traditional stronghold of the Southeast.

Wal-Mart started getting calls from stores across the Southeast from customers complaining that mud-themed music was only available online, said Tiffany Couch, sales director of Select-O-Hits, a division of closely held Anderson Merchandisers that Wal-Mart hires to supply its 4,000 Supercenter stores with CDs. Cautiously, she said, they began stocking several hundred Wal-Mart stores in the region with the music, waiting to make sure it sold before expanding to other locations.

But once hick hop began to take off, Average Joe’s expanded their reach across the country.

To assure Wal-Mart about its prospects for selling more mud music outside the Southeast, Average Joe’s last year showed the retailer “heat maps” drawn up by Pandora. The maps showed where Pandora users were listening to the new genre most frequently, landing the records in nearly half of Wal-Mart’s Supercenters nationwide. Average Joe’s also began using Pandora’s heat maps to route artists’ tours through unlikely areas with high fan concentrations, like Ohio, Indiana and the Pacific Northwest.

The parallel the Wall Street Journal piece does not draw is how hick hop and Wal-Mart tend to have the same demographics of poor, sometimes disadvantaged, and sometimes culturally disenfranchised white people from rural areas. For many of these consumers, whether it is because Wal-Mart is the only store in town, or because they offer cheap prices, the big box retailer has become the only retail outlet they have access to, and in turn becomes their primary interface and outlet for culture, including music.  And while Wal-Mart has ceased to carry the wide swath of music that consumers used to see at traditional music stores, or at stores like Circuit City and Best Buy during the height of the CD era, the retailer has zeroed in on the hick hop market as a specialty and focus of many of their stores. Wal-Mart also tends to stock the same type of clothing and other consumables seen in hick hop videos, becoming a one stop shop for the country rap culture.

The most important takeaway from the Wall Street Journal piece might be that the emergence of country rap is multi-pronged, and highly profitable. This is not just Blake Shelton releasing one song to a mainstream audience. Hick hop, or country rap is a widespread, nationwide phenomenon spanning mainstream and underground channels alike, and now being disseminated through the world’s largest retailer to American consumers en masse.