How Whitey Morgan Is Fulfilling The Promise of Underground Country 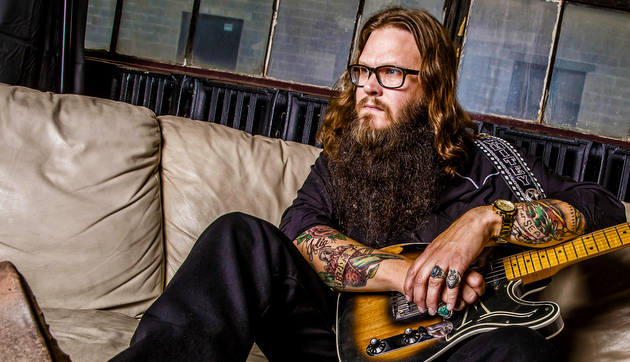 The long suffering plight of the underground country music fan is one of looking for a leader, or at least someone to rally behind . . . and not finding one, or being led down a path of being let down. It’s about looking for an artist who can bust through to the big time, and do so with their principles still in tact, tethered to the authentic roots of the music, and take the dreams of so many wanting to see a meaningful resurrection of the true spirit of country music happen right before their eyes.

It’s about someone who embodies the insurgent spirit of the authentic country music Outlaw without being a relic. It’s someone who speaks to the frustrations of true country fans who have been marginalized and lampooned by the mainstream as out-of-touch and outmoded old farts. It’s about charting a legacy which is inspired by all of the greats of the past, but steers its own unique course instead of becoming a parody of the previous greats. And most importantly, the music has to be there as a resonant force all to itself—a rallying point for the weary and despondent country fan, regardless of whatever else is said or done by the artist on or off the stage.

Once Hank Williams III was the person all of these dreams and pursuits were lopped upon, and he will always be a founding father who awakened a DIY spirit in country music where it had never existed as a bona fide movement before. Hank3 spoke out about what was happening to country in a stark vernacular that steeled the resolve of countless fans, and had Nashville shuddering. But somewhere his spirit for the fight was broken, and he began to pull away.

In the early stages of the underground, Dale Watson was right there beside Hank3 and Wayne “The Train” Hancock as a pioneer, and has since started his Ameripolitan movement, which is an excellent vehicle for supporting the music, but is something apart from the enterprise of taking back country itself.

Chris Stapleton has come along and received incredible recognition by the industry proper for his accomplishments, and he carries the spirit of country music deep in his soul. But Stapleton bears the burden of being a party to countless pop country compositions in a songwriting capacity.

Jason Isbell is a once-in-a-lifetime songwriter whose music is something for the ages, but let’s face, it is better categorized as Americana. Jamey Johnson once held the promise of authentic country right in his hands as he walked away with Song of the Year accolades from the CMA’s, but seems to have gone on hiatus from songwriting for an indefinite period.

And Sturgill Simpson, though incredibly exciting and possibly the greatest independent country success story of all time, openly shirks the role as a country music savior, and even the idea that such a role is needed. 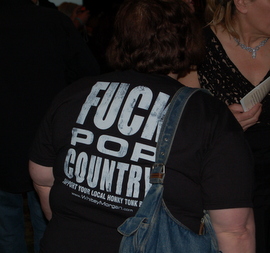 And throughout this entire time, here is Whitey Morgan from Flint, MI doing his thing, not really drawing too terribly much attention outside of the honky tonk he’s playing that night. He’s not really part of that “underground country” scene. He doesn’t find benefit from contacts in the industry. He signs with Bloodshot Records and releases and album in 2010—Bloodshot being the quintessential stepping stone to so many insurgent country careers over the years—but nothing much happens.

But this entire time, like a slow moving thunder roll, Whitey Morgan & The 78’s continue to tour, night in and night out, delivering crisp, throbbing performances every time that leave crowds embedded with Whitey passion in every town they tackle until the crowds are swelling, and the word is spreading about this bearded guy from Flint who refuses to compromise, who has his heart in the right place, and who puts on amazing shows with one badass band behind him. Half a decade goes by, and Whitey doesn’t even release an album. But it almost doesn’t matter.

Next thing you know you look over at his Facebook page and he has 90,000 “likes.” Everywhere you turn you see his “Fuck Pop Country” T-shirts throughout the crowds of independent country shows. It was a slow burn. There was no marquee performance on a television show, no big signing to a major label (Whitey remains completely independent), no big touring opportunity opening for a bigger name, just a big head of momentum that one has to wonder where it will all stop if it ever does. It is the snowball effect, but unlike Shooter Jennings or Hank3, it wasn’t started by a famous name. Unlike Sturgill or Stapleton, it didn’t seem to happen overnight.

What did happen recently is that after a protracted wait for new music from the honky tonker, fans got a live album, then an acoustic album, and then the long-awaited new studio album Sonic Ranch, and all of a sudden the huge wood pile Whitey has been stacking all these many years was set afire.

Whitey Morgan is not going to be out there organizing events. He’s not going to be spewing off long-winded monologues from the stage about the ills of country and what should be done. He’s never even cut a song that could be characterized as an anti-Nashville protest song (edit: “If It Ain’t Broke” probably applies, but he hasn’t based his music around bellyaching about bad country). He’s just going to keep playing shows, keep selling “Fuck Pop Country” T-shirts, and remain the guy that allows people to channel all of their anger from what has happened to country music into something positive; something enjoyable. He’ll be that guy, and not feel guilty for it, and not make others feel guilty for putting that burden on his shoulders. And he’ll never quit on them either. And that’s all the leadership underground country ever needed.