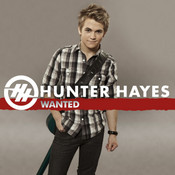 Leaping off the pages of the latest issue of Tiger Beat, Hunter Hayes and his prepubescent, non-gender-specific style have gripped the nation’s middle schools with Hunter mania, spearheaded by his smash hit “Wanted”– a saccharine, ultra-diluted white boy R&B B-side at best, only finding commercial traction on country radio because legions of lanky, affluent, glitter-faced suburban girls in training bras want to see Hunter’s penis.

Hunter Hayes got his start in country music by famously singing Jambalaya at a Hank Jr. concert. Since then you’d have better luck finding a honest-to-God whisker on Hunter’s supple cheeks than a song from him that in any way could be defined as country. He was 4-years-old back then and he’s 21 now, but Hunter’s appeal seems to be that he looks, sounds, and acts perpetually 14. Call it the Bieber effect finding its way to country music. Hunter is a fortunate son who unfortunately decided to label his ragingly milktoast, bleached and bland, hyper-safe pop sonnets “country” instead of the pop or adult contemporary it is more akin to. Don’t let Hunter’s peroxide-tipped Gary Levox hairdo fool you; he makes Rascal Flatts sound like Johnny Paycheck.

“Wanted” is the music version of dry humping. Like so many light listening ballads that build out from the reassuring line “you are beautiful,” it preys on girls and women with self-esteem issues with its lyrical hook, “I want to make you feel wanted.” That’s right, Hunter hasn’t maturated enough where he can just say he wants a woman. He just wants a woman to feel wanted. And then maybe she will be receptive to the advances he’s thinking about making…once his balls finally drop. This subservient, non-assertive approach is what makes desperate women weep, and men vehemently seek out a safe place to vomit.

The chorus of “Wanted,” especially the cadence of Hunter’s words, is overly contrived and wholly ambivalent to originality or creative artistic expression. The song is an excellent example of the algorithmic approach to musical composition. “Wanted” is music for people who don’t like music.

Is pop music that uses country radio to circumvent the glut in the pop world more problematic than country rapping or “fake Outlaws” who scream about how country they are in songs that at their heart are pop too? No, because at least “Wanted” has some honesty behind the approach, and I’ll give Hunter credit for turning in a fairly passionate performance despite the dry parameters of the song structure. Hunter Hayes and “Wanted” aren’t terrible, they’re just mislabeled. There’s a place in the world for music like this. That place just isn’t country.