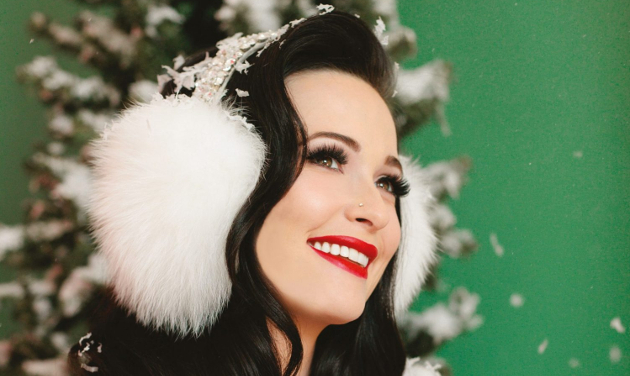 I feel like such a tool. Like I might as well be trying to pitch you Amway or something, or putting up some sponsored post for a pair of polarized sunglasses that is the perfect gift for that someone who has everything. It’s not that I’m such a cold-hearted bastard that I can’t at least understand the pull that Christmas music has on so many people. The Christmas season is full of memory and nostalgia that it’s frankly hard to not get swept up in no matter how much you attempt to shield yourself from the over-the-top revelry and über-consumption.

In the country music department, the amount of emphasis on Christmas releases in 2016 has been nothing short of astounding, and maybe even historic. And I’m not just talking about “Rascal Flatts Sing The Chipmunks” or whatever crap that’s out there. Even independent artists and country legends have showered the country music listening public with a crush of albums, compilations, and singles in 2016 to the point where you don’t even know where to start listening, and all during a time of year when you’re supposed to be focusing on the stuff you missed, and retrospective of what you think might have been the best for the year.

The whole enterprise just feels as fake as a PVC Christmas tree—performers out there taking promo photos in August in their Santa hats and sleighs while sweating their asses off, and to beat the Holiday rush you now have to release your Christmas music in September. There’s a reasons suicides spike around the Holidays, and though Christmas music may not be directly to blame, it doesn’t help that it’s so damn pursuant in American culture starting after Halloween. You can’t avoid this stuff.

But if there was one release that I though had any hope at drilling through the hard shell encasing this Ebeneezer heart, perhaps it might be Kacey Musgraves’ A Very Kacey Christmas. It’s not that I’m some huge Kacey Musgraves fanboy. It’s because if anybody could potentially get the right balance of nostalgia, humor, and the touch of sorrow that most everyone experiences at some point during December, perhaps it would be her. 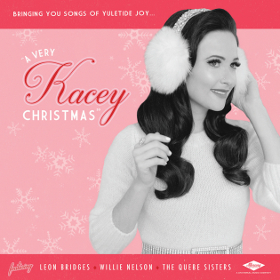 Though you won’t find a shortage of naysayer country fans trying to convince you that Kacey Musgraves is nothing more than the brunette version of Taylor Swift, she has become the country mainstream’s current version of a neotraditionalist. That seems a little strange to say since Kacey started in the business by trying to chip away at social norms with songs like “Merry Go ‘Round” and “Follow Your Arrow.” But at some point along the way she found her niche, and found her kitsch, and from her elaborate throwback costuming and the style of her songs, to the way her collaborations these days center more around Willie Nelson and George Strait as opposed to opening sets for Kenny Chesney, Kacey Musgraves is new country’s old soul.

And since the creation of a Christmas record is the ultimate exercise in recycling old material, perhaps Musgraves has a market advantage over the rest of country music’s new blood. Radio’s not going to play her stuff anyway, so she might as well just do what she wants, and Kacey wears light up Nudie-inspired costumes in the dead of summer. Christmas almost seems custom made for her.

Most of what you get on A Very Kacey Christmas is average fare for Christmas records—rehashed versions of old standards like “Have Yourself a Merry Little Christmas” and “Rudolph The Red-Nosed Reindeer.” Choosing slightly more off speed material like “Feliz Navidad” and “Mele Kalikimaka” doesn’t really make your Christmas project any more unique, because folks have been using these songs for nearly a half century to spice up the yuletide season as well. “I Want a Hippopotamus For Christmas” plays into Kacey’s kitschy side, which as you can imagine is in full force on this record, but still doesn’t offer anything especially unique.

Give Kacey credit for thinking a bit outside the box on the collaborations she chose for the record. Multiple appearances by the amazing Quebe Sisters helped instill A Very Kacey Christmas with some real deal old-school 3-part close harmonies that are a dying art form if there ever was one, and even though the style of Leon Bridges felt a bit out of place here, it’s a much better name than Chris Young or whomever else you can come up with. And a little bit of Willie Nelson makes anything better, even if “A Willie Nice Christmas” feels like a stoner’s inside joke that should have been killed in the idea phase—a few of the lines worthy of a chuckle the first time through notwithstanding.

Where A Very Kacey Christmas earns its salt is not in the celebrity appearances or even the ultra-kitschy refrying of worn-out Christmas standards. It’s when Kacey gets sentimental in the album’s original material, from the sweet “Ribbons and Bows,” to the saddening “Christmas Makes Me Cry.” The album also ends on a misty-eyed moment when Musgraves turns in an especially stirring rendition of “What Are You Doing New Years Eve?” If nothing else, this album really highlights what a good singer Kacey Musgraves is—better than her original studio albums do. Her voice has both a dryness and a classic tone that takes to seasonal music better than most.

It’s still a Christmas record, but unlike so many of these efforts that feel like nothing more than a Holiday cash grab or a right of passage for a popular artist, you get the sense this is something Kacey Musgraves sincerely wanted to do, and is especially looking forward to the tour that will follow. All Christmas music must be graded on a curve, and don’t let this signal that somehow I’ve acquiesced to some new reality where September through December is now the new Christmas music season. But in a year of unprecedented output of the Holiday variety—most of which that isn’t worth a lump of coal in a stocking—Kacey Musgraves’ A Very Kacey Christmas at least didn’t make me feel like a sucker for listening.