If I Was Chris Cagle, I Would Quit Country Music Too 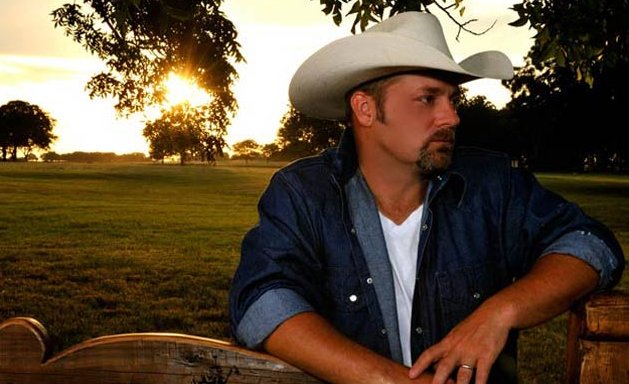 The idea of retiring from playing music seems like such a foreign notion on the surface. We like to think that artists make music because they have to—because it’s all they know and it’s in their blood. Some just happen to make money and get famous from it along the way. Quitting music would be like deciding to quit watching sunsets or eating ice cream with your family or something. Sure, for certain reasons you may have to scale back doing certain things you enjoy. But to just downright quit music? To retire from performing? That seems tantamount to asking a musician to commit suicide.

Garth Brooks retired from country music some 20 years ago after becoming the most commercially successful country artist of all time. “Ah ha! His heart was never in it to begin with!” is what his critics said. Garth’s excuse was he went to one of his kids’ soccer games, realized how enjoyable it was, and woke up to the fact that he was completely missing out on life while trying to stack more money in the bank than his grandchildren’s grandchildren could ever spend. So he parked the bus in the barn, gained forty pounds, and became a father. Then the people who appeared to not have their priorities straight were Garth’s critics.

And then when Garth’s kids were grown up, he came back.

Willie Nelson says he wants to die on the stage, and he probably will. Can you imagine Willie Nelson retiring? Or Merle Haggard, Dolly Parton, Kris Kirstofferson, or David Allan Coe? They’ll do it until the day they die. That’s what George Jones, Ray Price, and “Little” Jimmy Dickens did. But when was the last time you heard from Barbara Mandrell?

I can’t say country artist Chris Cagle is someone who has ever registered strongly on the Saving Country Music radar one way or the other. Going back and listening to his early singles like “I Breathe In, I Breathe Out” and “Laredo,” this was some pretty good stuff. But it was 2001, and most everything back then will sound like honey to the weary ears of today.

Chris had a couple of #1 albums and some pretty big songs over the next few years. Then in 2008, things started to short circuit. After the release of the #1 album My Life’s Been a Country Song, life imitated art, and Cagle and his then girlfriend got rung up on domestic abuse charges. She hit him with an umbrella. He hit her with her purse. Both had been drinking.

Somewhere around that time Cagle lost his deal with Capitol Nashville and he was on the streets looking for a label. By the time Back in the Saddle came out in 2012, a man who had made his name on sentimental songs was starting to work in the direction of Bro-Country. “Got My Country On” was complete with an electronic drum opening and lyrics veering towards the checklist style. On the smaller label Bigger Picture Music Group, the song failed to crack the Top 10, but it was still a decent showing for an artist over a decade into his career. 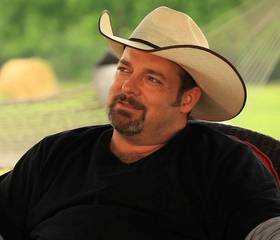 On Monday, Chris Cagle posted a very personal message to his fans on Facebook.

I would like to thank everyone for 15 yrs of a great time! From B&D to Flatts and fans!! I’m gonna miss my band and everyone!!
All this means.. I’m going home! I’m going to be a Father and a GREAT Husband and enjoy my life! I thank you ALL for everything !
I’ve had a great run and would just like to go home with my dignity!
I’m tired of missing moments like this … and this

“This” and “this” were pictures of his kids dressed up in Halloween costumes, ready to go trick or treating.

For many, country music is a passion you couldn’t filter from their blood if you tried. They will make music regardless of how successful or non-successful it is until the day they die. But if I was an artist like Chris Cagle, I probably would quit country music too, at least at this point. Chris Cagle has only one option in his country music career right now: to acquiesce, conform, and follow. That’s the only way someone gives him money to make a record, and that’s the only way to get his music heard.

You look all across country music in 2015, and at artists who got their start at roughly the same time as Chris Cagle did, and many of them are embarrassing themselves left and right, trying to chase trends set by Sam Hunt and Florida Georgia Line. It’s not a pretty picture. And the result is a loss of dignity for a lot of these artists, and usually no new berth for their careers. Meanwhile the time commitment is still incredibly taxing, and the home life suffers.

An artist like Daryle Singletary or Marty Stuart who had their time in the mainstream spotlight and made a little money, they can soldier on. They decided to take the step out of the spotlight on their own terms, and left the mainstream with a solid crop of fans who will be there for them when they hobble up on stage and lean into the mic for the last time. And so may Chris Cagle fans if he exits now while he’s still the king of his own domain, and with his fan base still in tact from the memories they made together. Otherwise, Cagle may not have anything to return to, just like he may may not have a family to return to if he kept up the crazy notion that it was still 2001 in country music.

You do what you think is right in your heart Chris. The real fans will still be there, whether you ever decide to return or not.