I’ll Be Damned. Baseball Pitcher Barry Zito Is Not Half Bad at the Music Thing 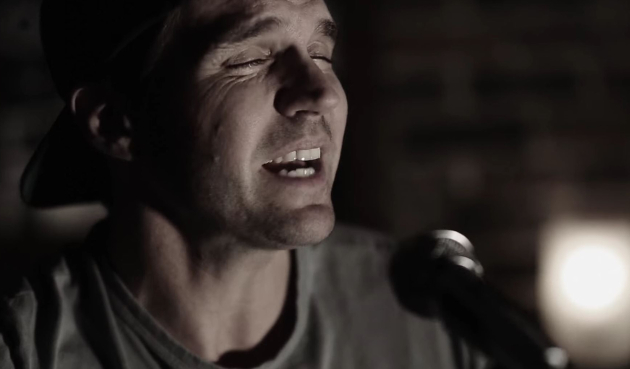 In the early 2000’s he was part of the vaunted Oakland A’s pitching lineup, winning the Cy Young in 2002 and becoming one of the most feared hurlers in all the majors. After seven years with the A’s he became a free agent in 2006 and went across the Bay to play for the San Francisco Giants for what at the time was the biggest contract ever awarded to a pitcher. From there his performance became choppy during some seasons, and by the time the Giants got to the World Series in 2010 and won their first championship since 1954, Barry Zito wasn’t even on the postseason roster. The story of Zito and his monstrous contract was one of a bust, and the Bay Area that once held him up as a hero began to turn on him.

The sentiment turned so bad for Zito, it inspired one particular Giants fan named Willy “Tea” Taylor to write him a song called “Letter to Zito.” Willy Tea is a well-respected songwriter from Oakdale, California—not too far down the highway from San Francisco. The song was about how to cherish the game more than winning, and looking back at all your great accomplishments and the friendships won as opposed to focusing on what someone’s done for you lately.

In 2012, a year after Willy “Tea” Taylor released “Letter to Zito,” Barry experienced a major comeback in his career. The Giants won his last 11 starts of the season, and his first two starts in the postseason, including against the Cardinals in the NLCS when Zito threw 7 2/3’rds scoreless innings. Appearing in the first game of the 2012 World Series, Barry Zito and the Giants shut out the Detroit Tigers on their way to winning it all once again.

Not many know that when Barry Zito’s massive contract ended and his pitching production began to taper off again, he decided to re-up with the Oakland A’s and actually pitched for Nashville’s AAA club called the Sounds, which are part of the Oakland Athletic farm system. When the season ended for the Nashville Sounds in September of 2015, Zito didn’t head back to his home in California immediately, he stayed in Nashville to work on another type of pitching—the one involving writing songs and trying to place them with singers.

“I don’t think I want to be an artist,” said Zito at the time to The Tennessean. “My goal is not to play in front of 20,000 people in a stadium, my goal is to be at home with my family and to collaborate with great writers and make a living as a songwriter. Most of my songs in the past are about self-discovery, about spiritual revelation. When I went through some really difficult times, I would write about them. I started to love country music about four years ago. And I think that’s the vein that I’d like to write in.”

In that vein, Barry Zito has released an acoustic version of a song called “Secret to Life” that is supposedly going to be the first song released on an upcoming album of his. Though he’s a little flat on a few notes and probably won’t win many traditional fans over wearing a backwards baseball cap and plucking poorly at chords, the songwriting to “Secret to Life” about coming to the understanding that being on top is not all that is cracked up to be is steeped in wisdom, and Zito shows skill at turning a phrase to get there. As he said himself, he may not want to be a performing artist, but his voice has a Cat Stevens quality to it in his upper register, and there’s definitely worse coming off the sausage factory on Music Row.

At this point it’s nothing more than an interesting story, as it always tends to be when the topics of music and sports intersect. Barry Zito may not be the next Lori McKenna, but for baseball fans from the Bay Area and beyond, it will be fun to follow the story of a man who struggled many times throughout his career yet eventually came out on top trying his hand at another craft where you many times lose more than you win, but the journey is where you find the fulfillment. It’s a decision, and direction in life I think Willy “Tea” Taylor would approve of.