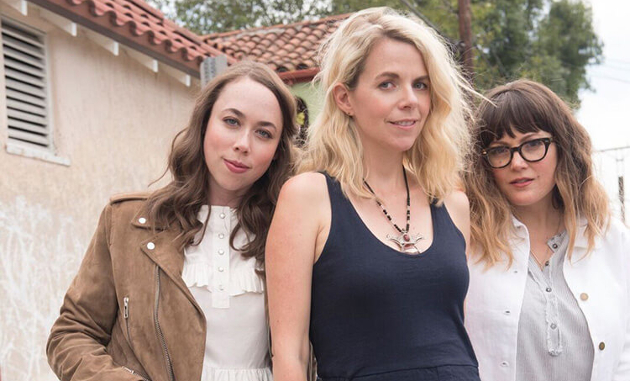 Getting to see singers, songwriters, and string aficionados Sarah Jarosz, Sara Watkins, or Aoife O’Donovan live in concert individually is probably justification enough to spring for the babysitter and call in sick to work the next morning. Stack them together as the bluegrass supergroup known as I’m With Her, and it makes the decision even easier. Then add the up-and-coming brother singing duo The Brother Brothers from Brooklyn, and now you’re really talking.

Behind their highly-touted record See You Around, I’m With Her have been touring like a mother in 2018, just recently wrapping up a European leg. Now they’ve just announced a fresh round of dates for what they’re calling the Overland Tour. Aptly named, it will take them coast to coast, up and down, and include nearly 60 dates when all is said and done, including marquee performances at the upcoming Telluride Bluegrass Festival, Pickathon outside of Portland, and a few dates into Canada.

Starting on September 8th and running through the end of November, they will be joined by The Brother Brothers, who come highly recommended by Saving Country Music from the quality of their debut 2017 EP Tugboats. This will be a big, national opportunity for the two brothers in front of large crowds in well-renown venues.

A few of the early dates are already sold out. For more information on tickets and such, visit imwithherband.com .

I’m With Her Tour Dates

w/ the Brother Brothers in bold 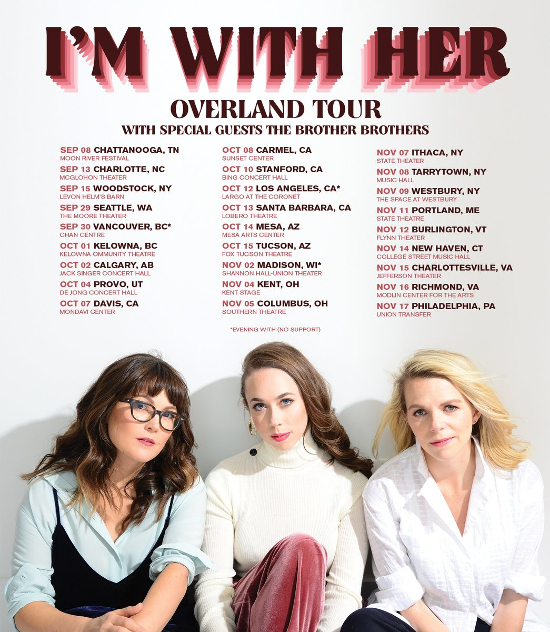