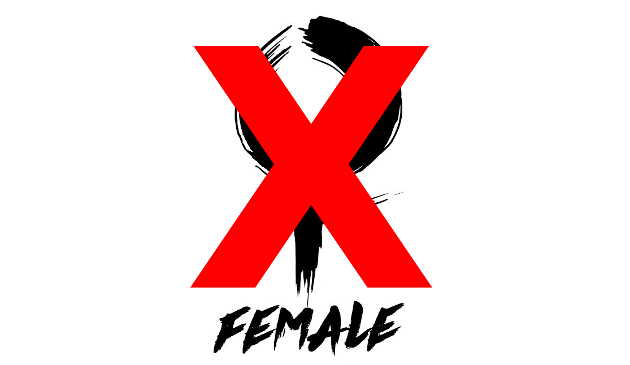 Yes, this topic again. And if you don’t like reading about it, tough titty. Perhaps if mainstream country radio put out a modicum of effort to even try to hide the fact they’re outright excluding certain artists from radio play strictly due to their gender, we could shut the hell up about all of this. You’re tired of reading about it? Well I’m twice as tired writing about it. But the problem continues to get worse instead of better, clearly corroborated by the end-of-year numbers for country radio and the abysmal representation of women once again. The numbers don’t just compel one to speak up on the issue, they downright require it.

And no, this isn’t just about putting crappy pop performers on country radio simply because they’re women. Obviously, quality should be the biggest qualifier of what should succeed on country radio, not an artist’s sets of chromosomes. It just happens top be that restoring some gender balance would likely result in better quality, and more country-sounding music as well, with certain exceptions of course.

And for the record, Chris Stapleton had the #1 and #2 best selling albums of 2016 with his From A Room installments, and also doesn’t have a single song in the radio Top 60. So the idea this discrepancy on country radio is due to sales or appeal is bunk. Country radio is whatever the country music industry is telling their fat cat cronies at radio to play, and they’re not playing women.

Country radio consultant Keith Hill encapsulated the sentiment the country radio format has towards women best when he said, “If you want to make ratings in country radio, take females out,” even though the numbers don’t always bear this out. And sure, maybe folks just like listening more to men than women, but with this ridiculous discrepancy?

This is not a “snowflake” issue. When you have radio consultants saying on record that radio should stop playing women, and it bears itself out so dramatically as illustrated here, it’s a distinct bias that should be an embarrassment to the country radio industry, which should pride itself in respecting the women of country like the legacy of the genre has always done.

Want to know how bad it is for country women, here’s a breakdown:

And except for Lady Antebellum, which includes one female member (out of three), and a guest appearance by Lauren Alaina on Kane Brown’s “What Its,” there’s no women representation whatsoever.

A Maren Morris guest appearance on Thomas Rhett’s terrible “Craving You” (#11) is the only additional caveat.

Only 1 Solo Woman in the Entire Country Radio Top 20

That’s Carly Pearce, and her song “Every Little Thing” that comes in at #16. And the only reason it was able to crack the Top 20 is because it benefited from iHeartMedia’s “On The Verge” program which awards additional spins to certain songs across their fastly-crumbling radio empire.

Only 3 Solo Women in the Country Radio Top 30

With Kelsea Ballerini’s “Yeah Boy” coming in at #22, and Lauren Alaina’s “Road Less Traveled” at #25, that gives women a meager and embarrassing 10% representation when looking at the Top 30. But wait until we zoom out a little farther . . .

Only 3 Solo Women in the Country Radio Top 40

That means only 7.5% of the artists played in the Top 40 were women, with the Top 40 being the radio industry standard for representing the playlists of most stations, with a side note of Little Big Town’s “Better Man” coming in at #34. Little Big Town’s lineup includes two men, and two women.

That’s right, so even the most popular and successful women of the genre aren’t getting radio play. Miranda Lambert, Carrie Underwood, Kacey Musgraves, and even Maren Morris were all locked out of the year-end Top 40 in 2017. Only Kelsea Ballerini makes an appearance, and she was still locked out of the Top 20.

Only 4 Solo Women in the Country Radio Top 50

Even as you continue to zoom out your perspective on country radio, the gender bias doesn’t improve as you start to consider the margins and also-rans. It arguably gets even worse. Even adding Maren Morris and “I Could Use a Love Song” at #44, it still only improves the percentage of women to 8%.

Only 5 Women in the Country Radio Top 60

You have to count past 51 songs and artists until you come to one who has won a CMA for Female Vocalist of the Year, and that’s Carrie Underwood with “Dirty Laundry.” So even zooming out as far as Billboard makes the year-end country radio charts available, the representation of women is still only 8.3%, and the current CMA Female Vocalist of the Year, Miranda Lambert, is still nowhere to be found.