Inaugural Inductees to the Outlaw Music Hall of Fame Announced 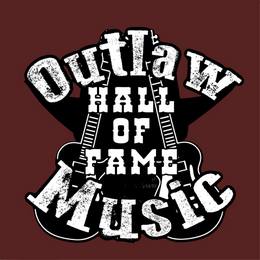 The inaugural inductees to the Outlaw Music Hall of Fame set to open in the Spring of 2014 in Lynchburg, TN have been unveiled. In an event carried live during a 3-day concert in Altamont, TN, the 17 initial inductees were announced in two different categories: Pioneers/Innovators (Pre-1970), and Highwaymen (1970-1990).

The Hall of Fame is dedicated to those artists, both musicians and songwriters, whose work best exemplifies the qualities of the Outlaw movement that first began in the 1970”²s and has gained renewed momentum as an alternative to the current Nashville pop country scene. In doing so it will place the spotlight on music firmly attached to the roots of country. Moreover, the Hall of Fame will educate the public about Outlaw country, memorialize founders of the genre such as Waylon Jennings, Willie Nelson, and Jessi Colter recognize current Outlaw artists, and provide a platform for them and for the independent record labels who currently have little if any voice in the industry.