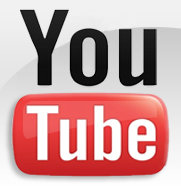 Three weeks ago, YouTube and its parent company Google started a dangerous game of brinksmanship with the independent music world. YouTube required that indies adhere to obtrusive demands for rights to use their music as part of YouTube’s upcoming streaming service, or be faced with extinction from the YouTube format entirely, including the current free YouTube site. That’s right, even big stars on independent labels such as Jack White and Adele would vanish. The thought of this sent the independent music world into a tizzy, and despite YouTube claiming their streaming launch and the subsequent eradication of many independent artists on their site was set to transpire “in a matter of days,” it never did.

Amid the blow back YouTube was experiencing from fans, artists, and labels, they are now second guessing their strategy. In this high stakes game of music streaming chicken, the independents won, at least for now, as YouTube and Google executives head back to the drawing board and negotiating table to hammer out how to include everyone in the new service.

According to the Financial Times, YouTube has postponed their controversial plan to block independent music that has not signed deals, and give more time for negotiations. “They’re back-flipping and backtracking,” is the way one member of the independent label community put it, though it’s entirely possible that some labels and artists could still be blocked if consensus is not met in the future.

One of the problems for YouTube was the matter became a legal one. A trade body representing independent labels called Impala filed a formal complaint with European trade regulators, claiming YouTube’s move to block indies was unfair and discriminatory. Europe’s antitrust chief JoaquÃ­n Almunia made it known on Monday that he could look into the YouTube matter if the company used its dominance of the online video marketplace to abuse independent labels. Many of the independents that could get hosed in the YouTube deal are from Europe, including XL Recordings, home of Adele and the Arctic Monkeys.

The primary sticking points to why some independent labels refuse to sign to YouTube’s rights deals are:

Some experts surmise that YouTube never had any intention of pulling independent music content off the site, and it was simply a scare tactic to get more independent labels to sign up. In some instances, it may have worked. According to YouTube, it is only about 5% of the music currently on the site that has yet to sign agreements, though others contend it’s more.

The fight to keep independent music on YouTube is not over, but for the moment the crisis has been averted. Meanwhile YouTube and Google remain very antsy to launch their streaming service amidst the rapid boom in the streaming market and the continued abandonment of physical formats and even MP3’s, evidenced in the music sales numbers for the first half of 2014. YouTube has been pushy because they feel like they are rapidly losing market share, and need to enter the streaming game soon.