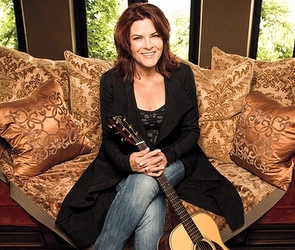 The desire for virtually all of America’s largest media companies to get into the business of music streaming in some capacity or another has potentially created the biggest strain on the music economy, and especially the independent music economy, that the industry has ever seen. Amazon, and now YouTube’s attempt to gain a market advantage against its competitors by paying out rates that are even less than the measly rates streamers like Spotify and Pandora pay out already has now created a fractured situation where some artists are not included on these formats, and YouTube has threatened to lock out all music from independent artists and labels who refuse to sign up for their anemic royalty rates.

There is no economic basis for these streaming services. They are getting into the business because of peer pressure, and because they feel they need to have a music streaming arm to partner with wireless providers such as AT&T and Verizon, and to be viable on mobile devices. Nobody is making any money however, not the artists, not the industry, and not the providers. It is all predicated off of a cheap or free model to entice consumers to the provider’s subscription rolls in order to monetize that presence in the future with cross-promotional opportunities.

READ: Look This Is The Deal With Independent Music Getting Pulled from YouTube

On Wednesday, The United States House of Representatives’ House Judiciary Subcommittee on Courts, Intellectual Property and the Internet took up the issue in an open hearing, specifically taking up the matter of music licensing Under Title 17 Part 2 of the current law. Multiple members of the independent music community came to testify, including Rosanne Cash, daughter of Johnny Cash, who listed her grievances to the hearing in a prepared statement.

…To me as a singer/songwriter, a recording artist, and a participant in many other parts of the music business it seems painfully obvious that all creative people deserve fair compensation when their work is used by others For various reasons, that does not seem to be happening in the marketplace today, and we need a realignment

I have been publicly critical about the payment structures streaming services currently offer artists. For example, for an 18 month period, there were nearly 600,000 streams of my songs on a popular subscription site. I was paid $114.00 for those streams. I am not a lawyer or a politician or a policy wonk, and I couldn’t begin to parse the incredibly complex, outdated, pre-­”Internet laws regarding licensing and copyrights but I CAN tell you that I see young musicians give up their dreams Every Single Day because they cannot make a living, they cannot survive doing the thing they most love, the thing they just might be on the planet to do.

There are three main points of contention Rosanne laid out to the committee about the current law:

Also testifying today was Darius Van Arman, the co-owner of Secretly Group, an Indiana-based independent label group. Van Arman also serves on the boards of A2IM, SoundExchange and Merlin. A2IM and Merlin are organizations made up of independent labels and artists banded together to attempt to advocate and negotiate globally with bigger institutions over rights. In an editorial posted prior to his Congressional testimony, Van Arman spelled out how independents are currently getting the short end of the stick.

American independent labels want nothing more than a free market with a level playing field. But one thing is standing in our way: market concentration. Big companies are using their power and accumulated resources to take what is not fairly due to them, to the detriment of independent labels, artist creators and songwriting interests. So when Congress reviews the state of music licensing and considers any remedies or revisions to copyright law, it should take great care not to replace our current licensing system with one that is more privately controlled, that leads to more market concentration, or that diminishes the fair and equitable compensation of creators.

Twenty-five years ago, there were six major labels in the recorded music market in the United States. Today, just three companies exist, comprising 65.4% of the recorded music sales market in the United States, based on copyright ownership. These three major recording companies control an even higher percentage of the total market share of U.S. music distribution. Using their concentrated market clout, these large recording companies have become proficient at extracting more than their fair share of copyright-related revenue from the marketplace. They hold up digital services for big, lump-sum payments — whether they are in the form of advances or guarantees — that well exceed what they expect to earn via royalty rates…..

In the end, all the independent sector wants is a free market with a level playing field. We want to compete, to provide the economic growth and job creation that our American economy needs. Is that asking for too much?

Though the copyright-related revenue issues have been a big burden on the music industry for a long time, the Congressional hearing couldn’t be any more timely. YouTube is reportedly days, maybe hours away from launching their new streaming format that would stamp out a large percentage of independent music on the service, making an even more uneven playing field for independents. Music, especially independent music, is on the brink of losing any economic viability it has left, and revisions to Title 17 Part 2 of the current law may be the only way to save it.